New York Governor Cuomo is stepping down due to allegations of sexual assault. The three-term governor is stepping down by saying, “The best way I can help now is if I step aside and let the government get back to governing.” Cuomo will leave his office in two weeks, and Lt. Kathy Hochul will replace him.

Cuomo underwent an investigation for sexually harassing 11 women, both employed by the state and in his direct office. The New York State Attorneys’Attorneys’ office found that he has engaged in “unwelcome and nonconsensual touching” and commented on a “suggestive” sexual nature to multiple women. Attorney General Letitia James states that Cuomo’s actions violate both federal and state laws. These allegations from various women have all took place from 2019 and on. They described his actions as unwanted, inappropriate questions and advances.

Cuomo denied the allegations and has admitted to the unwanted comments. In a statement, he says, “My comments may have been insensitive or too personal.” The report said he was “truly sorry” to those who might have “misinterpreted (the remarks) as an unwanted flirtation.”

Because of the allegations and investigation, New York’s Democratic legislature had revoked Cuomo’s temporary emergency powers and had even launched an impeachment probe. In the impeachment, the entire Democratic Legislative party was ready to go forward to drop him. If Cuomo were impeached, he would have been the second New York Governor in history to be impeached. The first was William Sulzer (March 18, 1863 – November 6, 1941). Cuomo has undergone 11 hours of questioning as of last month.

Cuomo seems to have no allies during this sexual assault case. Even President Joe Biden called for his request to step down. Cuomo, unfortunately after his resignation, still faces the possibility of criminal charges. There are several prosecutors around the state continuing to investigate him. At least one of his accusers has filed a criminal complaint. It will be a long road ahead for New York Governor Cuomo.

This article was originally posted on GREY Journal.

Hudson Taylor And The Sticker That Changed His Life 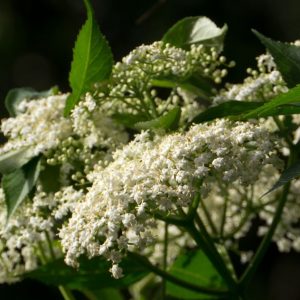 t’s not surprising that the elderflower is a relatively unknown component to great skincare. It sounds like something that should...