Over the past few years, there has been talk about changing the minimum wage to $15.00 an hour. While it isn’t much in these times, it would still help millions of employees everywhere with meeting the basic needs of survival in our world. Unfortunately, increasing the minimum wage to $15.00 an hour did not make it into the Relief Act this time around. But that isn’t stopping Costco from helping their employees.

Costco announced that they will be raising their starting pay to $16.00 an hour. This starting pay includes all the benefits of a full-time employee like 401K, medical, dental, and all of the other awesome perks. On top of that, you can shop at the store without paying for the membership because you work there.

With Costco’s raise in their starting pay, they are outranking all of their competitors. Amazon, Walmart, Target, and so on are now getting antsy because everyone wants to work at Costco. And that was W. Craig Jelinek’s idea. Jelinek, Costco’s CEO since 2012, thought what better way to keep my employees and to get new, dedicated employees than to raise my starting pay.

Not only is it better for the company, but it’s better for the people working with Costco. The employees are able to live life while dealing with all the boring, cruel parts of adulthood like bills and debt. Something else that is so awesome about working for Costco is that you can climb the ladder pretty quickly. And climbing the ladder means more money. I mean, at this point, who wouldn’t want to work at Costco?

What are your thoughts about Costco’s new starting pay? Let us know in the comment section below! 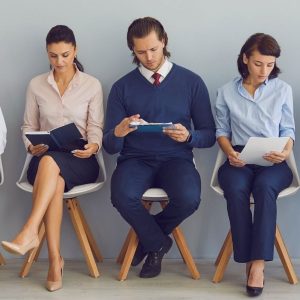 Listen to this article now From the standpoint of being a hiring manager carefully seeking out the best fit for...