The global price of carbon is at an all-time high. April 2020 marked the first moment in history that a metric ton of carbon was traded for over $50 in Europe. Since then, the global prices of carbon have continued to rise at a record-breaking pace. But what is behind this spike?

According to reports from Quartz and The Guardian, rising carbon prices are the result of a rebounding economy and a worldwide pledge to reduce emissions. With the increase in stimulus spending, industrial activity and energy consumption are sending atmospheric concentrations of carbon dioxide to unexpected levels.

Though there has been a giant push for businesses to go green for many years, the price of carbon remained so low that founders and government officials could disregard the issue when making long-term decisions. Because of this, carbon emissions were not kept under control. Now, the effects of climate change are becoming so impossible to ignore that the only way to cut back on emissions is to tighten the market by increase pricing and taxing. Reuters explains that any trading partners within The European Commission will face carbon border adjustment taxes if they do not price their greenhouse gas emissions. In order meet net-zero emissions by 2050, prices will have to rise exceed $100 within ten years.

What do you think of the rising price of carbon? Let us know down in the comments.

10 Marketing Tools To 10X Your Marketing Reach And Speed 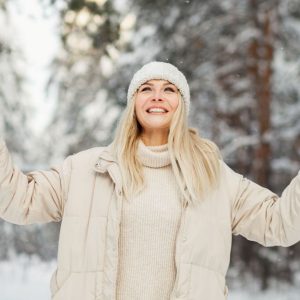 How to Layer Your Outfits For Style & Warmth

Listen to this article now While we all love the holidays and want to celebrate during the winter, the colder...