If you don’t want to spend exorbitant holiday airfare, plan ahead of time.

According to the latest study issued Monday by fare-tracking website Hopper, the cost of holiday flights will reach a five-year high this year.

The cost of aircraft tickets has risen dramatically in recent months, despite a series of flight interruptions and cancellations. As the COVID-19 epidemic recedes, airlines are struggling to satisfy increased demand despite pilot and flight crew shortages, rising fuel prices, and other supply chain challenges.

The interruptions have been most severe during high holiday travel weekends such as the Fourth of July and Labor Day, which have resulted in a slew of cancellations at airports around the country.

According to Hooper’s statistics, domestic flights during the Thanksgiving holiday are selling for an average of $350 per ticket this year. This amount represents a 43% rise over last year’s holiday pricing and a 22% increase over the pre-pandemic holiday travel season in 2019.

International travellers face higher prices, with an average ticket costing $795 this Thanksgiving, up 41% from last year.

Tickets are considerably more costly during the Christmas season, with the average domestic flight costing $463 until mid-September. Christmas flight tickets are 39% more costly than last year.

According to Berg, travelers who book their flights early save the most money.

“Despite substantial travel recovery after the epidemic’s peak,” Berg noted, “travelers continue to schedule vacations closer to their departure dates than prior to the outbreak.”

As inflation has risen over the previous year, higher airfares have remained a significant hardship on household budgets. According to official figures, airfare decreased 7.8% in July, indicating an improvement.

However, ticket expenses were still up 27.7% from the same month a year ago.

The Biden administration has increased pressure on US airlines to improve flying conditions. Several airlines have amended their customer service agreements to make it clear that passengers are entitled to complimentary meals and accommodation if their airline causes significant delays or cancellations.

According to The Washington Post, travelers have seen an uptick in mishandled baggage occurrences in the previous year, with American Airlines and Alaska Airlines among the worst offenders.

What do you think of those skyrocketed ticket prices? Let us know down in the comments. 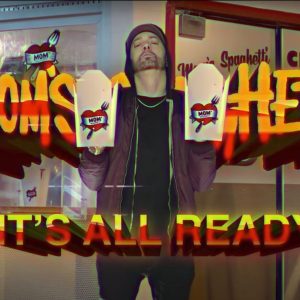 Listen to this article now The year is 2002. Eminem has three songs on The Billboard Hot 100 chart. He...