In anticipation of an impending recession, Apple CEO Tim Cook said the most valuable company in the world will halt hiring while other tech giants make cuts.

Cook acknowledged in a Monday interview with “CBS Mornings” that the current state of the economy has forced him to freeze new hires in some departments.

Cook said from Apple’s headquarters in Menlo Park, California, “What we’re doing as a consequence of being in this period is we’re being very deliberate on our hiring.” That indicates that while we’re still hiring, it’s not happening everywhere in the business.

According to Bloomberg News, the iPhone manufacturer implemented a hiring freeze for many positions outside of research and development last month.

“We have a strong commitment to long-term investing. Furthermore, we don’t think you can save your way to success. In our opinion, you can get there by investing, Cook said on “CBS Mornings.”
According to its annual report, Apple, the most valuable company in the world with a market cap of $2.36 trillion, employed about 164,000 people full-time as of September 24.

As he talked about the company’s return to office policy, Cook lamented the decline in creativity and productivity. Since September, employees have only been returning to their desks three days a week.

It would be deserted if you came on a Friday, he said.

“You have to hold product; we make it. You work together because we think that one plus one is three, he continued. Therefore, it requires the serendipity of bumping into people, exchanging ideas, and caring enough to advance your idea through someone else because you know that will make it a bigger idea.

As Amazon announced plans to cut 10,000 jobs in its corporate and technology sectors starting this week, the New York Times reports that Apple’s hiring has slowed.

The biggest job cuts in the history of the company, totaling about 11,000, were announced by Meta last week. And after Elon Musk completed his takeover of the social media platform, Twitter fired roughly half of its 7,500 employees.

What do you think of that recession process which influences big tech companies such as Apple ? Please let us know in the comments.

How To Properly Clean Your Office During The COVID-19 Pandemic 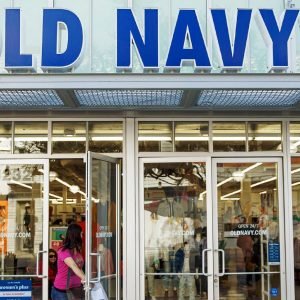 Listen to this article now Old Navy announced last year that they would modify their women’s apparel sales to be...