Avon originated as a beauty company that targeted American housewives looking to make their own money while working from home. The company, founded in 1886, kickstarted during a time where there were not many ways for women to make their own income. Also in a time where women lacked many basic human rights. Yet Avon strayed from societal norms in order to give women more opportunities. For over a hundred years, this business model worked. In their peak, Avon value sat at $20 billion.

In current news, the company has seen better days. As it is no longer an independent corporation nor is it based in the United States. Forced to sell, the company that worked to sell the American dream now splits ownership with two foreign corporations based in South Korea and Brazil. Forbes accredits Avon’s sellout to their unwillingness to adapt to the changing role of women in the workforce. While they broke down barriers for women in the 1800s, they refused to change with the times. Through both World Wars, civil rights movements, and waves of feminism, the company managed to to stay afloat without changing their business model. However, that decision is catching up to them in the 21st century.

In a world where different multilevel marketing beauty companies exist heavily on social media, Rodan and Fields and Arbonne being two major examples, Avon was falling flat in the U.S. Not all hope is lost for the beauty company, though. Sales in other countries have spiked. There has been an influx of new Avon representatives, especially in countries like the U.K. While they might not be selling the American Dream anymore, Avon hopes to thrive in other ways. In a move that some might call long overdue, the company is finally rebranding.

What are your thoughts on Avon’s rebranding strategy? Let us know down in the comments. 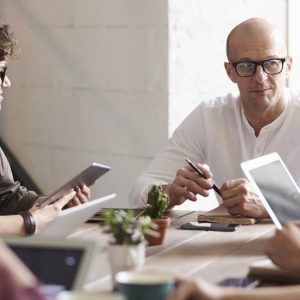 5 Big Differences Between Millennial Entrepreneurs And Their Predecessors

Listen to this article now In the United States, nearly 62,7000 businesses start up every year. Out of this number,...