According to a Wall Street Journal analysis, employees who remain at their positions are receiving the largest wage raises in decades, which is putting pressure on inflation.

The Federal Reserve Bank of Atlanta reports that earnings for workers who remained at their employment increased 5.5% in November compared to a year earlier.

According to the report, that was up from the 3.7% annual rise in January 2022, which was the biggest increase in the 25 years of records-keeping.

The Journal reports that employees who moved employers, job responsibilities, or occupations in November experienced wage increases of 7.7% over the same month the previous year.

According to Layla O’Kane, senior economist at Lightcast, “if I can see that the Burger King down the road is providing $22 an hour, and I’m making $20 an hour at the Dunkin’ Donuts that I work at, then I know very clearly what my potential cost is.” Because they don’t want to lose the employees they’ve already trained, employers are responding to this by raising wages internally.

Companies are mostly raising wages for current workers due to the possibility that they may quit for higher pay, but faster wage growth is causing inflation to reach historically high levels as some businesses raise prices to offset their high labor expenses.

Despite a recent minor cooling in inflation, last year saw the biggest price increase in four decades. Officials from the Federal Reserve have stated that they are keeping an eye on pay rises as they consider raising interest rates in the future to slow the economy and reduce inflation. After an upwardly revised 6.1% increase in October, prices increased by 5.5% from a year earlier in November.

Despite the fact that many employees are making more money, they aren’t seeing salary increases. After adjusting for annual inflation of 7.1%, the Labor Department reports that overall private-sector worker salaries decreased by 1.9% during the year that ended in November.

Additionally, there are indications that as the labor market begins to loosen, wage growth is beginning to slow. From a year earlier, average hourly wages grew 5.1% in November, dropping from a peak of 5.6% in March. The Journal was informed by analysts that salary growth would slow down much further in the upcoming months.

According to Paul McDonald, senior executive director at professional staffing firm Robert Half, “businesses are prepared for salary rise to match inflation” in sectors with high demand for labor. “As inflation declines, wage growth will be more in step with it.”

The consumer price index, which tracks how much people pay for goods and services, increased by 7.1% in November, which is the weakest rate since 2022 and less than the 7.7% increase seen in October.

In order to reward staff, businesses are budgeting greater merit-pay increases in 2023 than they have in the previous 15 years, according to a Mercer survey of more than 1,000 businesses.

According to the Journal, Daniel Powers, a recent college graduate, started out with a six-figure income when he was hired in September and received a 10% year-end boost at a management consulting business in Chicago.

Powers praised the management of his business, saying, “They understand the reality of the industry – there’s no false sense of ‘We’re family here’.”
What do you think of that situation with salary raises caused by inflation? Please let us know in the comments.

Dog owners allege that goodies are violently illening puppies and may have killed one animal. 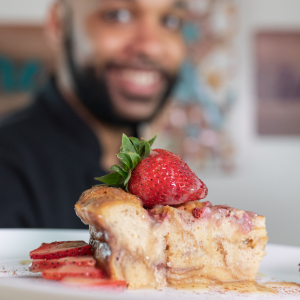 Entrepreneurs are busy people, always moving from one meeting to another. Even when free, their minds are preoccupied with work-related...