According to a renowned economist, US home values are already “obviously declining” and might fall by as much as 20% by mid-2023 if the Fed maintains its aggressive campaign to raise interest rates.

According to Ian Shepherdson, chief economist at Pantheon Macroeconomics, home values have already fallen by around 5% from their high in May.

According to his forecasts, seasonally adjusted existing-home selling prices fell 0.7% in August and have now fallen for three months in a row.

“The relatively low amount of inventory makes a precipitous drop in prices improbable, but we still predict a total reduction of up to 20% by the middle of next year,” Shepherdson said in a client note.

Long-term mortgage rates have risen by more than 3% since January, surpassing 6% for the first time since the 2008 Great Recession. Higher interest rates have prompted many prospective homebuyers to wait until conditions improve.

According to the National Association of Realtors, existing-home sales decreased for the seventh consecutive month in August, to a seasonally adjusted annual pace of 4.80 million. Sales were down 0.4% from July and a startling 20% from the previous year.

Shepherdson said that the market should not be “duped” by the slight drop, which “does not imply that the floor has been achieved.”

Shepherdson admitted that the housing market is not suffering to the level that it did during the Great Recession, but that present conditions are “not healthy.”

The Pantheon economist has consistently been negative on the property market. He said earlier this week that the US housing market was in a “severe recession” as statistics revealed dwindling homebuilder confidence.

Powell said that the present “tough adjustment” should “rebalance the housing market.”

“The slowing in home prices we’re witnessing should help put prices more in line with rents and other housing market fundamentals, which is a positive thing,” Powell said.

What do you think of housing recession processes? Let us know in the comments below.

Eva Garzon Shares 3 Tips For Enhancing Your Brand With Trust 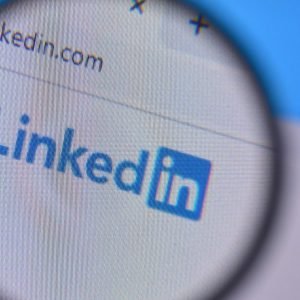 Get The Career Of Your Dreams With LinkedIn’s New Tool

Listen to this article now LinkedIn is looking for more ways to help us all in our job-search crisis as...