With Gen Z quickly becoming both the most queer and entrepreneurial generation yet, it is no surprise that queer entrepreneurs play an increasingly vital part in our economy. Investors and CEOs stress the importance of diversity and representation in the workplace more and more each year. However, many of these discussions are led by people outside of the queer community, who haven’t had the same experiences or challenges business owners within the queer community have. With Pride month fast approaching, what better time to look into the contributions and experiences of queer entrepreneurs?

To many entrepreneurs, romantic relationships are irrelevant in business. However, for many queer entrepreneurs, sexual orientation can mean the difference between keeping or losing investors and consumers. Simply put, does being “out” matter? This is a tricky topic to navigate. The desire to be “out” varies from person-to-person. Some queer entrepreneurs feel that their sexual orientation isn’t relevant to their business, so they make no mention of it to investors. Others come out to investors in early discussions. And other queer entrepreneurs feel that it may hurt their chances of getting funding. Essentially, being “out” may or may not impact the performance of the company based on location, market, and focus of the business.

And even with investors pushing for diversity, the LGBT community tends to be left out of the conversation. Many investors do not consider LGBT startups in diversity conversations because it is not a required disclosure. Some investors worry that there is not a lot of visibility around LGBT startups. In other words, queer entrepreneurs must be willing to self-identify before investors are willing to include them in diversity conversations. And as we’ve seen so far, many queer entrepreneurs feel that self-identifying to investors is not relevant to their business.

On the flip side, many queer entrepreneurs benefit from being part of the LGBTQ+ community. This is particularly true for entrepreneurs whose target demographic is the queer community, and are able to both represent and serve their audience.

Regardless, many people believe that who you love is irrelevant and doesn’t matter in the business world. Maybe one day, that will be the case. For now, it’s clear that being a queer entrepreneur matters in both social and economic terms, and in the entrepreneurial experience as a whole.

5 Queer Entrepreneurs You Should Know

Garza is a civil rights activist and co-founder of Black Lives Matter, a global organization dedicated to eradicating white supremacy and combating acts of violence inflicted on Black communities.

Cook is an American business executive who has been the CEO of Apple Inc. since 2011. He is credited with giving Apple’s inventory and outgoing expenses a much-needed overhaul. His coming out made him the first openly gay person to be included in the Fortune 500 list.

Ross is the founder and CEO of TransTech Social Enterprises, a social enterprise that provides education, support, and jobs for trans people facing high levels of discrimination. They focus on reducing instances of discrimination with a concentration on trans and gender nonconforming individuals.

Romero is the executive director of the American Civil Liberties Union (ACLU), having assumed the position in 2001, he is the first Latino and openly gay man to do so. He is credited with creating the ACLU’s National Security Project.

Choksi is an Indian immigrant and founder of Violet, an online platform dedicated to making culturally competent healthcare simple and accessible using income-based discounts. Choksi, as an immigrant and gay man, always aspired to build a company to help the communities he cares most about: immigrants and the queer community.

What are your thoughts on the differences between queer and straight entrepreneurs? Let us know down in the comments.

The Founder Helping Keep Kids Off The Streets Through Music 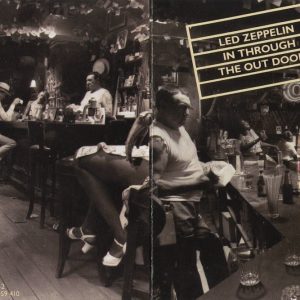 ver the past few weeks, we’ve been publishing interviews with Ronald Hettich, a man with seriously awesome stories to tell....