If you were to guess which racial demographic in the U.S. is the fastest growing in entrepreneurship, would Latinos come to mind? According to research conducted by Stanford Business, Latino-owned companies are growing significantly faster than the average business. In 2019, they reported the number of Latino business owners grew 34% in ten years compared to 1% for all business owners in the United States. However, a report from 2020 found that only 51% of Latinos that applied for national bank loans received funding for their businesses versus 77% of white-owned businesses. When comparing loans over $100,000, the funding gap gets even bigger with only 20% of Latino-owned businesses receiving funding compared to 50% for white-owned businesses. These numbers show that Latinos have great untapped potential in entrepreneurship because they lack opportunities and representation. Or, as the Raised By Latinos cofounders say, Latinos are sleeping giants.

Raised By Latinos is a Canadian-based streetwear brand that aims to provide representation for Latinos everywhere and help them stay connected, not just to their roots, but to each other. Founded in 2018 by Victor Ramirez and Evelyn Lopez, these cofounders watched as hip hop and skate culture took over mainstream fashion in the mid-1990s and evolved into the high-end streetwear we know today. However, when they kept an eye on all the rising brands, they realized there was no real representation for Latinos. When there was, it was usually in a negative light with thuggish, stereotypical designs.

Lopez has always had her finger on the pulse of the fashion world and, according to Ramirez, has consistently been innovative with her sense of style. She began her career with a background in IT before moving on to become a full-time yoga studio director. Currently, Lopez operates as the Raised By Latinos CEO, while working as Executive Assistant to WWE Champion Trish Stratus.

Ramirez is the Creative Director and Designer for Raised By Latinos. He has been in the creative industry for 22 years and has worked with numerous Fortune 500 companies such as Mercedes Benz and Harley Davidson. Ramirez takes inspiration for his art from Latino culture, embracing both Catholic and indigenous designs.

While there have been several Latino artists who have left impressions on the world such a Diego Rivera and Frida Kahlo, Ramirez and Lopez state there was no one in modern times they could immediately look up to when launching their streetwear brand. So, they decided to change that narrative and become artistic influencers themselves.

Victor Ramirez’s story is one we hear often in the Latino community. After graduating from Sheridan College he began looking for work as a creative designer, but had difficultly getting callbacks. He then decided to use his second name and apply as Victor Henry. Suddenly, he was getting work as a freelancer and when they finally called him into the office, he notes recruiters were always surprised that he was not caucasian.

People of color are constantly subjected to this type of discrimination in the workforce. Applications with names that sound too ethnic or “foreign” are far less likely to be considered for job positions or approved for funding, as the data from Stanford Business suggests. When launching their streetwear brand, Ramirez and Lopez say that they also encountered difficulties, but their resilience and extensive experience in the creative industry gave them a powerful boost.

“We’re fortunate because we both have a strong background in creating content and marketing, so combined we have the skills that can be very difficult and expensive,” says Lopez. “We’re basically a whole creative family, but the only advice that I can give is keep pushing through. It’s not going to be easy and it’s still hard for us, but don’t give up and don’t let anybody tell you that you can’t do it.”

—says Ramirez, referencing the large potential influence the Hispanic demographic has on society. “Latinos have so much power. And when I say power, I don’t mean power to fear. I mean power to change the world.” Ramirez makes a point that because of the large population of undocumented immigrants in the U.S. and Canada, many of them do not report their residency. As such, the number of Latinos that do not appear on the Census for fear of being deported is much higher. If they were to be included, the Latino population would show up in greater numbers and be a much more powerful influence.

Unfortunately, the full impact of the Latino community is also diminished by Census forms themselves. Latinos who identify as Hispanic must then select White, Black, Asian, etc., as their race. Urban Institute argues that separating a person’s Hispanic ethnicity from their race leads to inaccuracies within the community. According to the U.S. Census Bureau, the Hispanic population in America is currently listed at 18.5%. In Canada, where Raised By Latinos is based, it only sits at 2%. This article from the Canadian Hispanic Bar Association breaks down the problem with how Latinos in Canada are asked to identify, making it harder to determine the true impact this demographic has on the entrepreneurial world.

Because of his past experiences facing discrimination, today Victor Ramirez solely goes by his last name professionally. It is a statement. “Ramirez” is who he is as a person and what he designs. For Latinos this means, ultimately, you have to own who you are and not be afraid to express it to the world.

One of the most important goals in Raised By Latinos’ mission is highlighting the importance of diversity within Latino culture. Both cofounders were born in Canada to Ecuadorian parents, but the roots in their family also stem from Jamaica, Ireland, Peru, Turkey, and Spain. Because many people forget that Latino culture is a mixture of African, Spanish, and indigenous culture from all over the world, Raised By Latinos uses their streetwear brand and platform to highlight this diversity.

One of the ways they accomplish this is through their I Am RBL series, which pushes out Latino stories and showcases how big their influence is on the world.

“Our culture has been appropriated from so many different facets of the world. We’re in hip hop music, we’re in food, we’re everywhere, but we haven’t been given our due mark in history,” says Ramirez. He declares that whenever he has seen a Latino entrepreneur applauded for innovation in their respective field, their Latino roots are rarely mentioned. “They say, ‘This entrepreneur’ but they never say ‘This Latino’.”

Raised By Latinos is taking strides to ensure Latinos are acknowledged for their accomplishments. They also stress that they should be brought together, not divided.

And the world is taking notice.

Over the past few years, Raised by Latinos has collaborated with many Latinos in the entertainment industry such as actor and producer Big Citric and music composer Vic Demone Nolasco, who both worked on the comedy series Ghetto Busters. Raised By Latinos was also selected to be part of this year’s Eleganza Show at Harvard. This is Harvard College’s largest student-run event and takes place on April 24, 2021. They are the first ever Canadian Latino designer and brand to be featured in the fashion show.

So what last bit of advice do Ramirez and Lopez have for up-and-coming Latino entrepreneurs?

“Everybody needs to be treated with dignity, no matter their station. That’s something we live by one hundred percent.”

What do you think about the growing influence Latinos have on the entrepreneurial world? Let us know down in the comments.

NFT’s Are Taking Over The NBA World, But What Are They?

Due Diligence for the Experienced 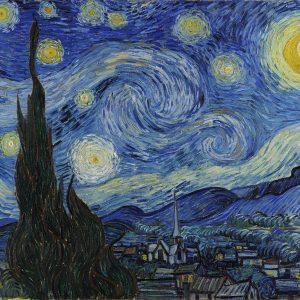 n our recent art appreciation series, GREY has been giving abridged versions of art history lessons. We’ve been focusing on...