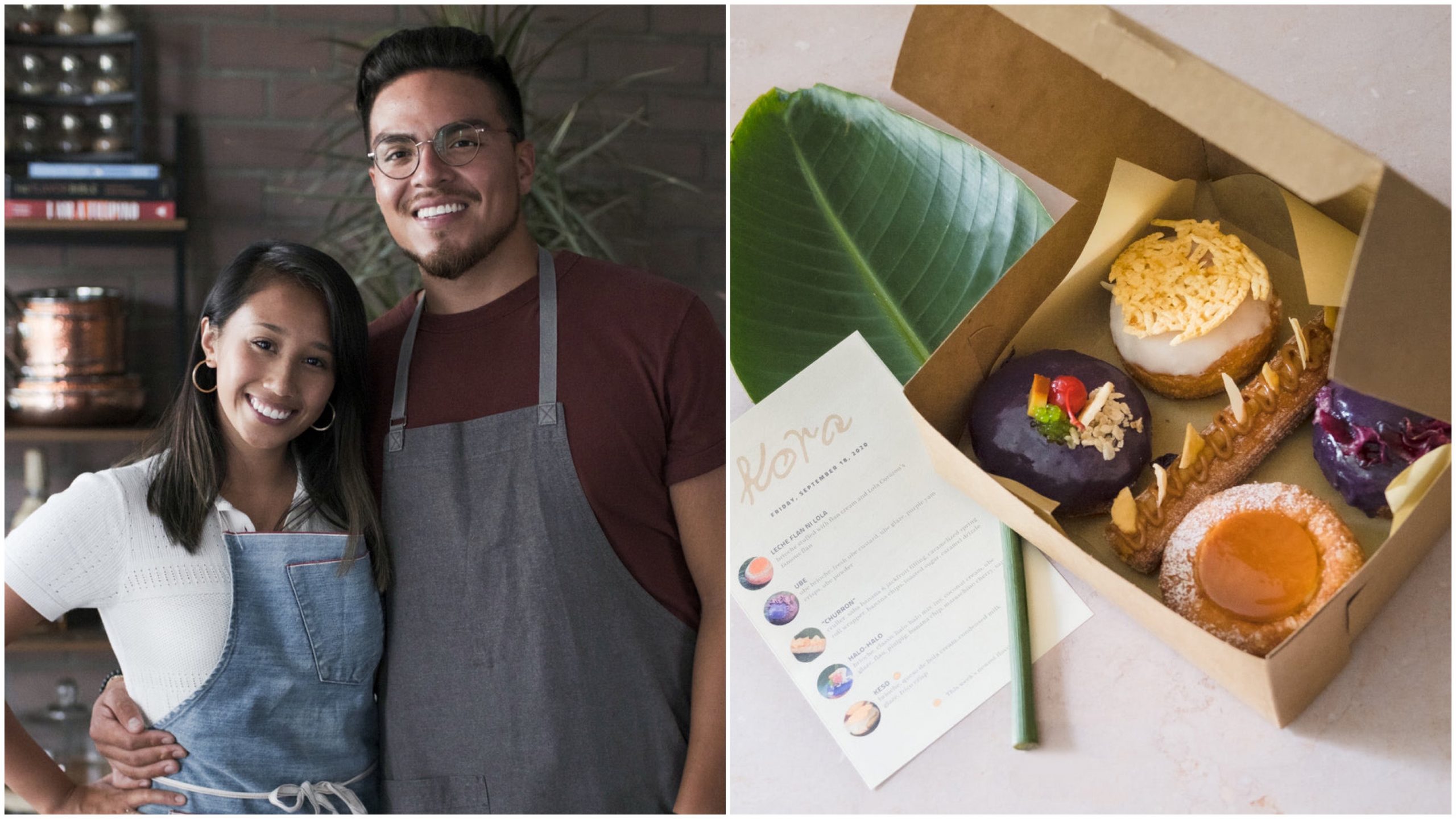 When you think of Filipino food, most people have a hard time nailing down the tasting profile. Those who are familiar with Filipino cuisine they might describe it as salty or vinegar based. In flipping the script and displaying the expansive world of Filipino cuisine, Chef Kimberly Camara and her business/life partner, Kevin Borja break through this briny-vinegar wall and introduce NYC to the sweeter side of Filipino cultural dishes.

Kora, located in Long Island City, Queens boasts a 10,000-person waiting list for these coveted Filipino infusion-style donuts. Inspired by her culture, Camara crafts artisanal donut flavors like leche flan and ube that break the mold of a regular glazed donut. Using a brioche dough, they cut out the middle and place a piece of round flan inside. They finish off the donut with filling it with leche cream. In her ube donut, she uses ube extract imported from the Philippines and finishes it off with that famous purple glaze that ube is known for.

In an interview with Eater, Camara describes that “The leche flan recipe is from my grandmother’s cookbook that I found after she passed away.” In coupling this familial heritage and culture with her studies from the Culinary Institute of America, Camara has been able to bring her Filipino heritage and her grandmother’s recipes into the forefront of the baking scene. Her grandmother has not only lent her recipes to this donut-phenomenon but also to the business’s namesake, Kora.

And with Covid reshaping so many of our lives, in Camara’s case, a global pandemic was the springboard that launched her donut dreams into the stratosphere. Like so many people having lost their jobs at the start of the pandemic, Camara tells The Guardian, “It was something that we thought would just be a seasonal project, something that maybe we would start and end in a couple of months during the summer of 2020. We kind of just went with the flow.” With Kora’s unassuming origin story stewing in a global pandemic, the success seems to be contingent on this completely authentic and personal narrative crafted into a sweet treat.

To me, a Filipino-American writer whose mother expressed fear of going outside during the rise of anti-Asian hate in the wake of Covid, Camara’s entrepreneurial success means more positive visibility for our community. In Camara’s interview with The Guardian she tells, “It’s really about the connection that we’ve been able to make with people through the doughnuts. Whether it’s through nostalgia, storytelling – people can relate to a lot of the stories that I would tell regarding how I came up with certain flavors and brought them to life through a doughnut.” Through her own storytelling process (via the vehicle of a glazed purple ube donut), Camara adds the needed positive representation for the Filipino community. She displays this through her entrepreneurial success during one of the toughest times to not only be a person, but to be an Asian-American person.


Kora, and it’s famed 10,000-person waitlist, symbolizes a market where people are hungry for a display of Filipino culture. By expanding the knowledge of Filipino cuisine, to those who might have at best a vague idea about what it is, Camara introduces a new view into the sweeter side of her culture. And with the rise of anti-Asian hate, Kora’s simple presence displays a demand for further positive representation. Kimberley utilized her culinary prowess and sutures it with authentic passion for her culture, displaying that this can be the concrete force to not only start a flourishing business, but to create connectivity between people who wait to try these coveted Filipino donuts.

Enjoy life as a family man 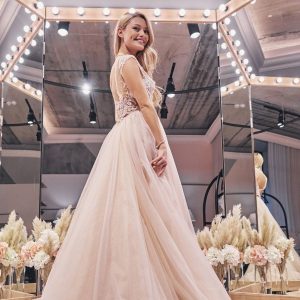 How To Make Your Wedding Dress Stand-Out? 7 Things You Must Choose Correctly

Listen to this article now Are you getting married soon? If you are, you must have a lot on your...