With a rapidly growing population and limited ability for supply to meet the people of China’s demand for consumer goods, it was the perfect time for a company like Alibaba Group to step in and bridge that gap. So how does a company founded by an English teacher in a Hangzhou apartment lead to becoming the highest valued IPO in history? As with most success stories like Google and Amazon, it started with a devoted leader who was able to get people behind a shared vision, mixed with superb timing and continuous innovation.

What is Alibaba Group?

Launched in 1999, Alibaba started as a B2B e-commerce platform enabling wholesalers (of small and medium-sized enterprises) to get their products to end users in a much more efficient way than what was possible in China at the time. It was all about the safe, easy to use platform that Alibaba created for its users that helped the company grow. Founder Jack Ma foreshadowed the digital transformation of China at the turn of the century, coupled with exploding population growth within its borders, and comprised of one of the world’s largest e-commerce platforms not just for B2B transactions, but also branching out in to financial services with Alipay, B2C with Tmall.com C2C transactions with Taobao.com.

During the early 2000’s, Alibaba became the new way for smaller companies to sell their goods to consumers, offering wholesalers access to a multitude of potential customers in a matter of seconds through their platform, a lot like the concept of Amazon where just about anyone could sell just about anything. It wasn’t long until Alibaba branched into financial services with Alipay, launched in 2004. This provided the secure means to facilitate every transaction, similar to PayPal, and offered micro loans to B2B buyers in order to get started on their platform. These micro loans meant people could buy wholesale orders on credit, and become shippers without having to come up with a lump sum upfront. This incentive has helped Alibaba grow in to a giant in the B2B marketplace, with Tmall.com and Taobao.com dominating the B2C and C2C industries respectively.

China’s regulations against many websites, often dubbed the “Great Firewall of China” also proved to be a big boost for companies within the country. This is because the censorship of rapidly growing popular American firms like eBay and Amazon left Chinese people with the desire for a convenient e-commerce platform, but almost nowhere to go, except Alibaba. As a result of the firewall, Alibaba’s main global competitors were essentially rendered not a threat. This allowed them to capture and maintain a strong market share of the ever growing e-commerce industry in China, a market with billions of consumers.

As Alibaba and its subsidiary platforms grew over the last twenty or so years, so has the Chinese population, their tech capabilities, and demand for consumer goods. This has shown to be the perfect storm for Jack Ma’s idea that he turned in to company valued at $231 billion upon going public in 2014, (largest ever IPO), and has since skyrocketed to over $700 billion in market cap. Alibaba has evolved in to a conglomerate with its teeth in just about any industry you can name. Similar to Amazon, its growth potential remains second to none, even at such a daunting size already. As long as China continues to grow, so will Alibaba. This is not to say that they’ve had struggles expanding outside of China, as their international efforts have been overwhelmingly positive as well. Looking into the future, a world where people are a bit more hesitant to go out and shop due to public health concerns especially in China, Alibaba holds a strong position that it likely won’t give up for a very long time.

What do you think of Alibaba Group’s rivalry with Amazon? Let us know down in the comments. 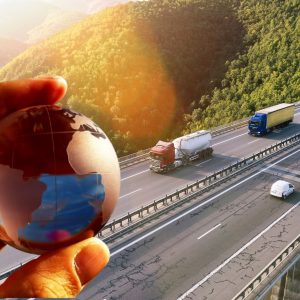 Listen to this article now An efficiently run fleet of trucks, cars, or other vehicles can mean the difference between...