Songwriters have been selling their life’s work for a big payout. In the last year, songwriters like Bob Dylan, Neil Young, Stevie Nicks, Taylor Swift, and more have done so. The rise of the pandemic – the halting shows and tours – made the selling of catalogs a straightforward option for songwriters to get lump sums of cash. This trend of song publishing acquisition has been lucrative for songwriters in the last couple of years. Thanks to music streaming services the value of music is at its all-time high. So high, catalogs are now trading 10 to 18 times their annual value according to Wall Street Journal. Is this a smart investment for the songwriters selling? Let’s take a look at the reasons behind this recent trend in the music industry.

Who Are Songwriters Selling to?

Most songwriters aren’t selling their catalogs to their publishers such as Universal, Sony, or Warner. Instead, they are selling the catalogs to private equity firms such as Hipgnosis Songs Fund, Primary Wave, and others. Hipgnosis is a UK-registered investment company. They were established to offer investors exposure to songs and associated musical intellectual property rights.

Primary Wave is a US-registered investment company. They are backed by investors such as BlackRock. They invest money into funds for the company to spend accordingly. Primary Wave serves as one of the leading independent publishing and talent management companies in the world. Its primary intent is to re-introduce classic artists and their music into the modern landscape while also tending to younger musical acts.

When songwriters sell their catalogs to these firms, this means they have full access to the artist’s publishing deal. They now collect the money from royalties, licensing, branding, and other streams of revenue that the artist typically would receive. These firms have been able to shell out around 10 to 20 times what a given catalog earns within a year to these artists. This means that they’re able to pay the particular musician tens or even hundreds of millions of dollars up-front for their work.

There are around 12 to 15 private equity funds in the business of buying up music rights. Barry Massarsky, the CEO of Massarsky Consulting, advises many of these buyers in the purchasing of catalogs. Massarsky says how there are “twice as many investors as there were a few years ago…investors like publishing rights because they’re stable.” Music is always being made and is always being played especially in today’s age. So, by investors purchasing these catalogs, they’re purchasing reliability. This reliability of the product will consistently earn more and more money year after year. Especially with the rise of streaming services making music more accessible than ever before.

What Exactly Are Songwriters Selling?

You wouldn’t think that a songwriter would want to just sign away their life’s work like that, right? Well, apparently wrong! Because in most cases, they don’t 100% own it to begin with. So, a songwriter selling their publishing rights could be seen as more lucrative in the long run.

Music publishers are paid 50% of the publisher’s share of all royalty income from the musician they represent. As we can see, songwriters aren’t getting paid much off of their catalogs by holding onto the rights. In the long haul, they are apparently getting more money than they traditionally would by collecting their royalties from their label. Rather than cashing out on money from royalties, licensing, branding, and other streams of revenue.

For example, Bob Dylan at 79 years of age, sold his catalog for a whopping $400 million to Universal Music Group. That is enough to set him, and future generations of his, straight for life!

Scooter Braun sold Taylor Swift’s catalog for $300 million to Ithaca Holdings LLC. Unfortunately, Swift didn’t reap any of the benefits from this deal.

Stevie Nicks sold 80% of her catalog to Primary Wave for $100 million.

Why Are Songwriters Selling?

Basically, songwriters are selling their catalogs of music to receive an immediate payout for their work. Compared to them chancing the songs will continue to earn money for them. COVID-19 also plays a factor in this recent surge of catalog selling. No touring means that there is no touring income which accounts for around 90% of musician’s income.

Let’s also think about it in terms of who actually is purchasing music in the United States. The US has a population of over 330 million residents. According to Hipgnosis’ founder, Merck Mercuriadis, “one in 350 folks is paying for music…the other 349 people might enjoy songs for free on the radio or seeing them on television, but they were never pulling their wallet out of pocket and actually paying for it.”

Songwriters have realized that the monetization of streaming isn’t worth the wait. They also figure that now is the time to tell their precious works while the iron is hot. Ringing in a new era of American under the control of President Joe Biden with the Democratic Party controlling both houses of Congress, it’s likely that taxes will increase. The songwriters are seeing this as in they better seal the deal before capital gains tax goes up. By songwriters doing this, it is putting more money in their pocket rather than the governments.

Even though these payouts are big, these artists no longer own the rights and masters to their music. Imagine out of nowhere a song of one of these artists resurges from the depths of musical crypts? We saw this happen mid-2020 when Fleetwood Mac’s hit song Dreams resurfaced after a viral Tik Tok video from Nathan Apodaca, 37. Thanks to Apodaca’s infamous Tik Tok video Dreams re-entered the Top 10 on Billboard’s streaming charts.

This investment seems like a sound endeavor on the songwriter’s behalf. Yet, it also seems like another way for corporations to monetize on an artist. If one of their songs and/or albums randomly starts charting and generating money none of it will be seen by the artist.

Do you think songwriters are making the right choice by cashing out their catalogs? Leave a comment below with your thoughts!

Do Corporations Really Care About The Queer Community?

BarkBox vs. Chewy: Pet Companies Battle It Out

Based in Southern California, James Mudrak is an aspiring musical artist, interviewer, writer, and founder of Unify Collective that serves as a platform for creatives. He also has his Bachelor of Arts in Literature and Writing Studies. For a greater illustration of his work, follow his social media accounts to find out more about his craft and the Unify Collective community. 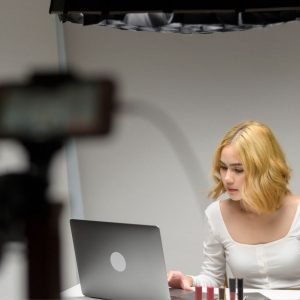 4 Steps To Becoming An Influencer

Listen to this article now Do you love having control over your own life? Of course! Who doesn’t? Humans have...