Have you been on social media recently and noticed a number of accounts with an ape as a profile picture? Or a post of someone showing off their CryptoPunk? If so, you’re probably wondering if this is a new social media trend. In a way, you’re right, but there’s much more to it than just being any old trend. If you have not witnessed this before, don’t worry, you’ll get filled in on what has been going on in the world of NFTs today.

Since the start of 2021, the NFT market has taken off due to the amount of coverage it’s getting from verified and non-verified accounts on platforms such as TikTok, Twitter, and Instagram. As of August 2021, the sale numbers on NFTs have only surpassed the previous months, remaining above $55 million on most days, when considering the daily volume. This includes “surpassing July record numbers in just 10 days of August” according to Ashvarya Kharoo. The market has had some help from the rise in popularity of a few NFTs that have taken over the social media scene. This includes NFTs such as: CryptoPunks, BAYC (Bored Ape Yacht Club), and Pudgy Penguin. These three NFTs have brought another element to the digital space that have enthusiasts excited for what’s to come. Yet, learning more about them can only make the current state of the market grow even more.

Two NFTs that the majority of people have seen or heard about are CryptoPunks and BAYC (Bored Ape Yacht Club). CryptoPunks first began as an experiment in 2017 at price ranges between $1-$34 and are now being bought and sold for millions of dollars with the highest being sold in June 2021 for $11.7 million.

On the other hand, BAYC is making a huge upward trend with many people on social media who own this NFT displaying it as their profile picture on their platforms. Recently, “a single Bored Ape sold for around $2.9 million” according to Elizabeth Howcroft. It has become so popular that this Bored Ape NFTs’ secondary market place has gone from $1,500 after being released in April 2021 to a whopping $71,942 as of the beginning of September.

Pudgy Penguin is an NFT currently on the rise, but has yet to truly breakout like the previous two. The market has been set up to allow Pudgy Penguin to continue growing and acquire more traction from NFT enthusiasts. With more attention being displayed on social media from a number of content creators, entrepreneurs, and NFT enthusiasts, Pudgy Penguin can help boost the NFT market and keep the upward trend that it is currently steady.

Ultimately, the NFT market’s current state is in a great position and has crushed past months numbers. These three popular NFT trends can continue to propel it and open many other doors for future NFTs coming soon. We’ve already seen companies like Marvel Comics and corporations like the NBA dip their toes into NFTs with digital collectibles of superheroes and highlights of NBA players like NBA Top Shot. It will be intriguing to see where the market is a year from now and how it continues to grow and take over the social media scene.

What are your thoughts about these new NFT trends? Let us know down in the comments.

7 Reasons Why You Should Get A Multilingual Business Website

Jacob Choza, from California State University Los Angeles is pursuing his degree in Communications and a minor in English. He plans on working hard and gaining the proper experience needed to pursue his future endeavors as a writer in this industry. Being from Los Angeles, his current passions revolve around being a co-host to a sports podcast and writing informative articles on Los Angeles professional sports teams. He hopes to inspire his younger brother to always work hard to accomplish his goals. 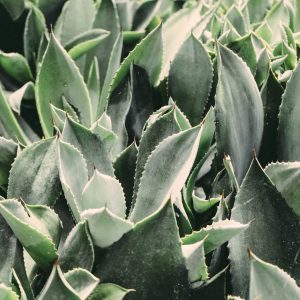 t’s hardly a mystery that aloe vera is good for the skin. The plant itself is a type of succulent...