There’s been a growing apprehension rippling through the craft beer community that began a few short years ago. The Goliath’s of big beer have watched their younger counterparts grow into something that they couldn’t have imagined. Unable to replicate the process themselves, they have decided on the next logical step: To buy as many craft breweries as they can.

We have seen the soul of craft beer and spent time with pizza, craft brew and a ghost. Now it’s time to look at where this struggle is going to lead us.

Who are these Goliath’s?

According to the latest numbers the top dog is still AB InBev, but you may know them as Anheuser-Busch. These guys have been the undisputed heavyweight champs for years running and even though it’s flagship beer brands Bud Light and Budweiser continue to drop, AB has acquired enough to continue on as the top dog.

Just ten of AB’s acquired craft brands have had a 20% YTD sales increase while we continue to see even the largest independently owned craft breweries sales slow if not outright drop. It seems that they aren’t just the top sellers of beer, but also the top buyers of craft breweries. Some of these include:

These numbers show a trend creeping in that has small craft brewers on edge. “We just don’t have the distributing power like the big guys do” says Old Town Brew manager Kevin Cain “and it’s getting harder to compete.”

Next up is a Dutch-based beer, Heineken. Though they are still second here in the US, they are number one in Europe and have been a market leader for over 150 years. They are definitely on the cutting edge when it comes to business though. In 2007 they were fined 219.3 million Euros for operating a price fixing cartel at which time they claimed to control 50% of the entire market.

When you look at these numbers you can see the enormity of the problem. With competition like this there is hardly a game at all.

What to do Next?

It’s been said that in the days of Mesopotamia nearly 5,000 years ago there was the very first orchestrated truce between different tribes. Conflict and bloodshed was averted and a peaceful solution found. Why was this settled? The story goes that they simply wanted to grow what was needed to make beer. They decided to do it together. I don’t know if this conflict will have a similar outcome or not but I do know this:

Many things have been referred to as the nectar of the Gods before. The legend leaves much to the imagination unless you’ve tried these amazing elixirs. But rest assured, when you find the perfect beer you’ll know why it got the title. Then maybe we will understand why beer has played such a vital role in the world’s history. Maybe we will understand the battle of the beer maker.

Do you think big beer corporations will continue taking over craft beers? Let us know down in the comments.

Things To Consider Before Jumping Off And Starting Your Own Business

Jonathan Loppnow is an avid outdoorsman, martial artist, and beer lover. Writing has been a passion of his for years. He grew up in California and now lives in Portland, Oregon. 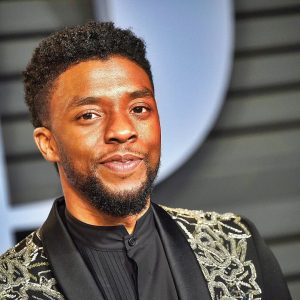 Why Chadwick Boseman is Our Style Icon

nybody alive on the planet right now knows that Black Panther is awesome. It’s not even up for debate. From...