Halloween is upon us, which means it’s time for the bad guys to shine. We’re taking a look at some of the best dressed villains to terrify us on screen. From notorious killers to vicious crime lords, you wouldn’t want to come across these miscreants in a dark alley — unless you dare ask who their tailor is.

Not only is Hans Gruber one of the best movie villains, he’s keen on men’s fashion as well. After taking Mr. Takagi hostage, he compliments him on his John Phillips suit and says he owns two himself. He even threatens the Nakatomi CEO by saying it would be a shame to ruin such a nice suit. You can’t say Hans didn’t warn him.

Anthony Hopkins gave us the creepiest performance in cinema history as Dr. Hannibal Lecter. However, in 2013, Mads Mikkelsen’s costume design team brought new style to the character. When Hannibal premiered on the small screen, the man with peculiar taste sported plenty great suits. This incarnation of the character is easily one of the best dressed villains on TV.

Sure, Michael Corleone is the protagonist in his story, but that’s what makes him a compelling villain. Following in his father’s footsteps, Corleone does whatever he can to protect his family. And he wears some remarkable suits while doing it.

Who ever thought a purple suit could look so good? Perhaps the Joker (and maybe Barney). While comic book villains wearing purple is nothing new, David Tennant’s look is much more grounded compared to Jack Nicholson’s cartoonish appearance. His dark colors blend well together and add to the slick, creepy nature of Kilgrave’s character.

Denzel Washington is one of the most prominent actors of our time. Having been nominated for eight Oscars, he is a natural when it comes to disappearing into roles. Playing the cool, but conservative gangster Frank Lucas, Washington makes the list as one of our best dressed villains.

The Tall Man from the Phantasm series has no real reason to dress quite so nicely, other than maybe dressing for his victim’s funerals. Always seen in the same black suit and tie, the mortician is a cruel and silent killer. How many other villains would chase you through a funeral parlor in a clean black suit?

We’ve already touched on The Evolution Of James Bond’s Style, but now we’re taking a look at his villains. Scaramanga is one of the only bad guys to compete with Bond when it comes to style. He disguises his disassembled golden gun as a cigarette case, lighter, and pen and even wears the trigger as a cufflink. Clearly the man knows how to accessorize.

With his cemented good guy image playing Commissioner Gordon and Sirius Black, it’s easy to forget that Gary Oldman ruled the 90s with villainous roles. Oldman played Norman Stansfield in Leon: The Professional, whose eccentric personality and hot temper made him a dangerous and scary antagonist. He gives little thought to slaughtering a young girl’s family while decked out in calming beige and white colors.

If we were ranking our best dressed villains, Patrick Bateman would probably have to get the top spot. Otherwise, we’d be in trouble. This investment banker is all about materialism. When he learns that his coworker’s business card is slightly better than his, he goes as far as to murder him. We do have to commend him for his style though. His meticulous morning routine involves an herb mint facial mask that perfects his skin. We certainly think he’d be a fan of GREY.

Gustavo Fring is a clever villain. He carefully crafts his image to appear as a meek, clean cut businessman while secretly moonlighting as a mob boss. No matter his dubious intent, his style is always on point. In one of the most brutal on screen deaths, Gus stops to adjust his tie seconds before collapsing to the ground. He makes sure to look his best up until the very end.

RELATED: How To Look Rich Without Money

Did we miss any of your favorite best dressed villains? Let us know in the comments below, if you dare.

Have a Good Time at ‘Bad Times at the El Royale’

How to Groom Your Beard for No-Shave November 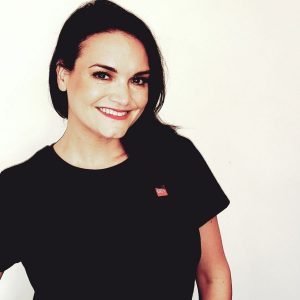 The Daring PR Agent Who Flipped Tragedy Upside Down