The beginning of 2020 was a wakeup call for our planet Earth as bushfires spread throughout the country of Australia. The fires have caused thousands of people and animals to flee as the sky burns with reflected redness of fire. However, this inferno has been going on since September 2019, killing at least 27 people, burning millions of acres and thousands of homes. A billion animals sadly have been affected.

Throughout the devastating process of these fires, people have been donating money to help the destruction of Australia. Some people have been donating money through the Australian Red Cross, Salvation Army Australia, and many more to help victims. Others have been making donations to the animals to make sure they fullY recove by going to these GoFundMe pages: Port Macquarie Koala Hospital and Currumbin Wildlife Hospital.

The devastation has brought people around the world to contribute by making their own unique and creative donations to help out this disaster.

RELATED: HOW BRIDGEHILL’S FIRE BLANKET CAN SAVE WILDLIFE

Tattoo artists in Australia are having flash days to raise money in exchange for their works of art. All of the proceeds are donated to the wildlife and fire services.

Not only are tattoo artists contributing to fundraisers, but other artists such as painters, writers, and musicians are also helping and expressing their craft by creating awareness. People are also donating money by forming fundraisers that auction different sustainable clothing and skincare products.

Instagram model Kaylen Ward sent nude pictures of herself to anyone who donated over $10. People are calling her the “Naked Philanthropist.” She raised $700,000 before her account got deleted.

Celebrities are also donating millions of dollars to the Australia wildfires. Margot Robbie, Nicole Kidman, Keith Urban, Leonardo DiCaprio, Pink, Russell Crowe, and many other celebrities are urging their followers to do the same. Steve Irwin’s family saved 90,000 animals that are currently being treated in an animal hospital.

Golden Globes and the Golden Rule

The Golden Globes and the Critics’ Choice Awards both chose to have plant-based menus to shine a light on sustainability and the climate crisis. Through these harsh times and devastating events that are currently happening in our world, we must take this moment to realize what needs to be done.

We are taught the golden rule “treat others the way you want to be treated.” This is the message that should resonate in all of us. Now is the time to act and take responsibility. Our actions can create an impact if we all take little steps to become more sustainable. Eating plant-based foods once a week, carrying a tote bag and water bottle, saying no to plastic, walking more, etc. All these simple changes benefit the earth. Educating others to be vocal will make a world of difference.

What are some other unique ways people are raising money for Australia? Let us know down in the comments.

Men’s Fashion Trends To Look Out For In 2022

Knowing When It’s Time To Quit A Business Venture

Lola Stam was born and raised in New York City. She is currently a junior at Knox College, Illinois. She is majoring in anthropology and sociology, minoring in creative writing and environmental studies. She loves traveling, surfing, coffee, poetry, photography, and vintage clothing. 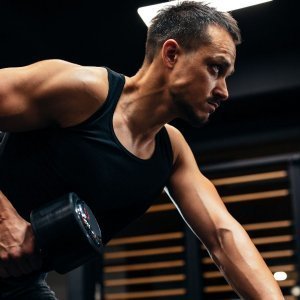 Learn all the essentials you need to build a home gym a professional athlete would be proud of, and what...