Why are Organizations, such as SVPA Important?

This is clearly an epidemic and immediate change needs to happen. Students are not provided adequate protection from sexual violence nor are they provided proper sexual education to teach vital values, such as consent.

This is why organizations, like SVPA, are extremely important to support. They are laying the groundwork to support survivors and prevent sexual violence from a large-scale level and making sure universities are held accountable for their poor sexual violence prevention tactics.

Why did Omny Start SVPA?

As a victim of sexual abuse, it became imperative to Omny to figure out how can this trauma be prevented not just for themself, but for others. They began to question how their own sexual abuse/violence could have been prevented and “why hadn’t been? And who was preventing it from happening to others? This trauma led them to a career in sexual violence and after more than six years, they had worked with some of the top organizations in the field.

Omny realized that in order to prevent sexual violence, this would require large-scale systematic change including legislation action, institutional reformation, and extensive research. After years of research and grassroots organizing with survivors, they successfully founded SVPA.

What are SVPA’s Goals for This Year?

This is an exciting year for SVPA! They are working on launching the SVPA Score (one-pager and video description). The SVPA Score is the first and only assessment for campus sexual violence. It assesses policies, programs, and procedures of universities around the country by preventing sexual violence and supporting survivors.

Omny explains that “the Scores are published publicly, which empowers prospective students to select the college that will best protect them. The SVPA Score also empowers universities to improve their practices for preventing sexual violence and supporting survivors.” Moreover, SVPA will continue to “advocate for federal legislation that prevents sexual violence and supports survivors.

On a federal level, they are advocating for the reauthorization of the Violence Against Women Act and for new Title IX regulations. On a state level, they have drafted a new policy to create a K12 Coalition for Sexual Violence Prevention. The goal of this policy is to prevent sexual violence against children by empowering them to report and access resources. This policy also aims to prevent the future victimization and perpetration of sexual violence using evidence-based practices.”

In a nutshell, SVPA is accomplishing what other organizations have failed to do and that is accomplishing a method that allows to support survivors and prevent sexual violence from happening in the first place.

What can Others do to Support SVPA and Their Cause?

The best way that you can get involved with sexual violence prevention and survivors advocacy is by donating to SVPA! Sexual Violence is preventable and you have the power to help prevent it by supporting organizations, such as SVPA.

Other ways to express your support can be done by advocating for your university to get the SVPA score and follow them on Instagram!

Avoid Costly Mistakes, Don’t start your restaurant without reading through these steps 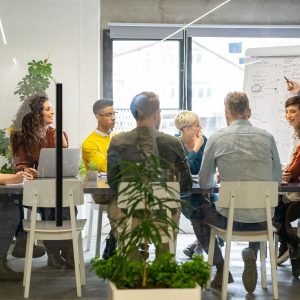 Listen to this article now Being an entrepreneur in today’s economy is full of hurdles. If you’re looking to start...