With the COVID-19 pandemic, hospitals are busier than ever and The $2.4 billion healthcare industry is experiencing a spike like never before. But did you know the reason the healthcare industry is so lucrative is because hospitals make profit by charging you fake prices? Adam Conover, host of Adam Ruins Everything, lays out the history of hospital price inflation in the video below.

History of Hospital Pricing in the U.S.

According to the video, prior to the rise of insurance companies, healthcare was relatively inexpensive. Hospitals would charge patients for the actual cost of medical procedures, plus a little extra to make a profit. In 2006, healthcare industry experts Christopher P. Tompkins, Stuart H. Altman, and Efrat Eilat wrote a paper that explains the history of pricing systems for hospital services and how it has increased since the 1980s. They explained that the average ratio of hospital charges to payments received grew from 1.1 to 2.6 over 25 years. “This reflects a transition from predominantly cost-and-charge-based payment systems to regulated and negotiated fixed payments. Hospitals have been able to squeeze additional revenues from remaining charge-based payers and services by sharply increasing charges, negatively affecting the uninsured.”

Furthermore, Tompkins, Altman, and Eilat explain that from the 1960s through the mid-80s, fee-for-service plans increased, meaning health care providers were paid for each individual service, which also increased the number of charge-based patients. Organizations like Blue Cross were forced to pay for services based on negotiated discounts and hospitals inflated their prices to continue making profit. By the mid-80s, hospitals charged based on legislated government rates and privately negotiated rates. However, each hospital created its own unique set of prices.

What is a Hospital Chargemaster?

Prices are set individually by each hospital’s chargemaster—a list of billable items made to a patient or health insurance provider. Each hospital has its own chargemaster, which means that an IV injection may cost $12 in one hospital, but $24 in another. So, basically, hospitals make profit by charging you fake inflated prices based on what suits them.

But what’s the difference between hospitals inflating their prices to make a profit versus other businesses doing the same? After all, a pizza parlor can spend $1 on ingredients, yet sell a pizza for ten times that amount, right? Well, the difference is people’s lives are at stake. CNBC reports that 66.5% of bankruptcies are tied to medical expenses. Recently, a patient in Seattle who recovered from COVID-19 received a million dollar bill. Because he has Medicare, he is not responsible for the majority of the bill, however, the price is still outrageous. Whether a patient has health insurance or not, hospitals still charge patients the same amount, and no one should have to worry about seeking medical treatment at the risk of bankruptcy during a pandemic.

How do Inflated Hospital Prices Affect You?

Even if your insurance company does cover the majority of your costs, inflated prices can still trickle down to you in the form of higher premiums. If you’re wondering why the U.S. government continues to allow the healthcare industry to go unchecked, Steven Brill of Time magazine explains that the healthcare industry spends more than three times on lobbying in Washington D.C. than the oil and military industries combined. This suggests government officials might have good reason to look the other way when it comes to this debate.

So the point Adam Conover makes is that people shouldn’t be concerned about making healthcare free. Instead, they should be asking why healthcare is so expensive in the first place. If the government cares about its citizens, shouldn’t it be doing everything it can to keep them alive without going into bankruptcy?

What are your thoughts on hospitals charging inflated prices to patients? Let us know down in the comments. 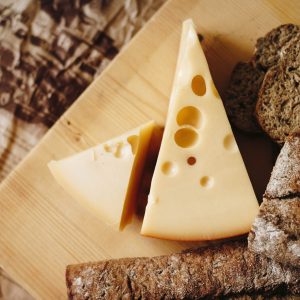 Listen to this article now ost of us at some point in our lives fall victim to the pestilence of...