Earlier this week, it was announced that Diageo is buying Ryan Reynolds’ Aviation American Gin for $610M. Diageo is a multi-national beverage company headquartered in London and one of the largest distillers in the world. In 2017 Diageo also bought Casamigos, the Tequila brand founded by George Clooney, for $1B.

Ryan Reynolds first became familiar with Aviation American Gin while filming in Vancouver back in 2017. Claiming “it’s the best gin on the planet,” he met with cofounders Ryan Magarian and Christian Krogstad in Portland and became part owner in February 2018. Aviation Gin’s popularity has skyrocketed due to Reynolds’ involvement and humorous marketing campaigns. The Deadpool actor’s brilliant sense of humor has even found its way into company operations, including this Tweet, which addressed Aviation Gin’s acquisition by Diageo.

“Thanks for your email. I am currently out of the office but will still be very hard at work selling Aviation Gin. For quite a long time, it seems.

“In related news, I just learned what an ‘earn out’ is… And I’d like to take this opportunity to apologize to everyone I told to go f— themselves in the last 24 hours…The point is, to those listed below, I’m sorry… and I’ll indeed be needing your help in the coming months and years. Thanks in advance!“

The out of office email seems to suggest that even though the company is now under Diageo’s umbrella, Ryan Reynolds will maintain part ownership. CNN reports Diageo is paying $335M upfront and up to $275 million more based on Aviation Gin’s performance over the next 10 years. This means Ryan Reynolds will continue working to sell Aviation Gin, at least until his ear-out contract is fulfilled. Here’s hoping we continue getting more hilarious marketing campaigns featuring Ryan Reynolds in the years to come.

What do you think of Ryan Reynolds selling Aviation Gin to Diageo? Let us know down in the comments.

How To Cope With Unemployment And Other Issues During COVID-19 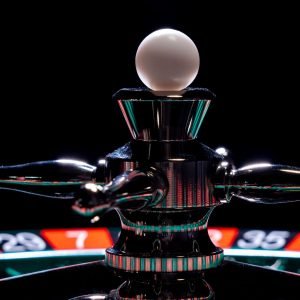 Listen to this article now During the golden age of the silver screen, gambling was always portrayed as an incredibly...