Our continuous culture depends on a working grid of electricity, telecommunications, and the internet that not only never goes down, but also constantly speeds up. Verizon, AT&T, and T-Mobile have all been promoting their 5G wireless services. Each one believes that their service is the fastest, most reliable, and the best. However, in most cases, those claims can’t be proved. Therefore the courts have banned each of these rivals from boasting about their prowess and from implying that the others are not as good.

Verizon stopped running an ad that implied that they were the most powerful wireless service. That however didn’t stop AT&T from challenging Verizon’s use of the phrase “most powerful”‘ to the division of the Better Business Bureau that rules on deceptive advertising cases. AT&T called the phrase into question simply because the carriers have hardly rolled 5G out anywhere yet. Thus, it is impossible to prove that one carrier’s mostly non-existent 5G implementation is better than another’s. Then came the questions about whether the ad was implying that the rollout was more widespread and available to the average consumer than it was. In May, the review board by the name National Advertising Division (NAD) agreed with AT&T and told Verizon to quit using the term. Verizon appealed, but lost early this month.

However, the whole industry has been making these false claims, not just Verizon. 3 years ago, AT&T got into trouble for claiming that its current 4G network was so fast it was virtually identical to 5G. It even used the phrase ‘”5G evolution” to describe its 4G service. NAD, therefore, told AT&T to stop using the deceiving evolution phrase. Then there is T-Mobile. In August, NAD told T-Mobile to stop claiming that its 5G service is more reliable than then others.

With the extensive distribution of 5G still some time off in the future, why would every major wireless carrier use such deceptive claims? Advertisers repeatedly try to present themselves as the best and rivals will always be there to challenge the claims.

What do you think of the ad war between the major mobile carriers? Let us know down in the comments.

How Joe Biden And The Democrats Can Save You Cash

Web designer, Researcher, Virtual Assistant and Statistics student. I love learning new things, desire to be independent, passionate about what I do and am driven to deliver great quality work. Currently working with discoverGREY as marketing associate. 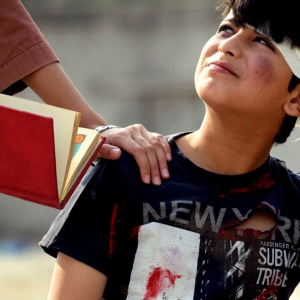 4 Important Reasons You Need To Practice Empathy In The Workplace

Listen to this article now Empathy generates interest in and appreciation for others, paving the way to more productive working...