When Vince McMahon announced that he would be creating a new football league—a grittier, more violent, and more entertaining version called the XFL—many seemed to think this idea would be an ultimate touchdown. When the highly anticipated, highly publicized event premiered on NBC in February of 2001, it received 54 million television viewers that weekend, the most the network had ever seen at one time. But a series of fumbles and mishaps would lead to the original XFL becoming one of the worst shows in history. Mark Perry, editor, and founder of XFL News Hub joins us this week to break it down from the club seats. Check out Episode 33 on The Great Fail.

About The Great Fail Podcast

What makes greatness fail? How do some of the most successful brands, companies, ideas fall flat on their face? Welcome to The Great Fail, a podcast that examines and explores case studies of the most famous and infamous cases. Here we share stories that will irk you, shock you, and have you picking your jaw up from the floor. This isn’t your typical classroom lecture hall– the stories are delivered in a whodunit murder mystery because some of these incredible, and oftentimes avoidable, mistakes are truly a crime!

Debra is an entrepreneur, and creator, producer, and host of the award-winning podcast, The Great Fail, a true crime-inspired business show that explores some of the most iconic failures in corporate history. The Great Fail is internationally recognized and has reached the Top 10 Charts for “Entrepreneurship” and “Business” categories worldwide, The show has been featured in Forbes, ABC News, Podcast Magazine, Digital Hollywood and recently won Adweek’s 2020 Podcast of the Year awards. 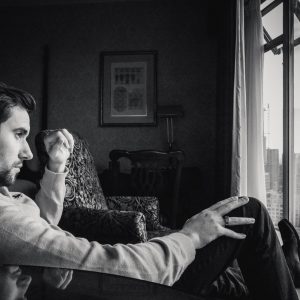 must applaud Tinder for what it’s done to the dating world. Thanks to Tinder and similar dating apps, casual dating and no strings are...