Laliberté is a dreamer, an innovator—and above all—he is a risk-taker seeking change at any cost. To him, mistakes and failure are little more than words on someone else’s list of fears. Risk-taking is his way of working—and has proved successful so far. “People are afraid of doing something for fear of mistakes. If you want to be a changer, you have to take risks,” Laliberté said to Forbes. In fact, risk-taking and overcoming failures, according to Wall Street Journal’s reporter, Robert Frank, is what makes billionaires successful. “Part of a risk-taking personality is the ability to overcome failure. While most of us go and cry probably for many days, Guy just shakes it off.”

Laliberté’s career, surely not what his parents envisioned for him, looks like a dark horse lottery pick. With $50 in his pocket, at age 16, he traveled to London and hitchhiked throughout Europe where he mastered his skills in stilt-walking and fire-breathing. Returning home, he joined a professional troupe, Les Échassiers or “stilt-walkers,” and became one of the leaders. It happened that the people of Quebec loved the Les Échassiers’ shows and the city, too. A $1 million reward to perform for Canada’s 450th anniversary in 1987 brought a $40,000 profit for Les Échassiers, leading to the creation of Cirque du Soleil—the biggest live-show producer in the world. Not a bad run for a hitchhiker.

RELATED: HOW ONE CIRCUS IS MAKING DIVERSITY REFRESHINGLY ENTERTAINING

It was the 1997 Los Angeles Arts Festival, however, that sealed the Cirque du Soleil’s success. “He exerted such a confidence that men and women in Los Angeles would fall for Guy Laliberté…The whole new circus idea was brilliant,” said Thomas Shumar, then director of the festival. Los Angeles was a life or death experience as the crew had bought one-way tickets only. “Basically, it was live or die in the LA,” says Laliberté. The Cirque Réinventé show took “the chance of life”. Then, it hit Las Vegas, Disney World, China and Japan—with 10 million people watching the show each year. In 2014, Laliberté was worth $2.5 billion.

Laliberté sees himself as a creator and businessman—identities inherited from his parents—always seeking innovation and challenges. In 2015, Laliberté sold the Cirque for $1.5 billion and established his production company, Lune Rouge, which brought to life his “new baby”—the PYI pyramid. The pyramid—launched in June 2019—is regarded as the most innovative project of the kind to date. “What do you do after you do the Cirque?” You’re condemned to do something that is not like anything else…Does that qualify as being original? Will it be welcomed by the public? We’ll see.”

Located in the Old Port, Quebec, the PY1 had—up to late September—hosted an immersive light and sound show, Through the Echoes, including music and special events. The pyramid—15,000 square feet—as CBS describes it, “feels like an iMax theatre” combining music, images, and narration. Unlike pharaonic pyramids, it symbolizes life, spirituality and human connection. The PY1 is unique for such a format, as Laliberté says, “doesn’t exist anywhere else in the world.” By the end of November, the PY1, which sold up to 1,000 tickets each night, will travel to Miami, then New York, and other cities.

When we see failure as a hiccup in the learning process, we realize we’re able to walk on stilts, win over major cities, and become billionaires in the process. Has Laliberté’s story inspired you to take new risks? Let us know down in the comments.

How To Dress Like A Famous (Or Infamous) Entrepreneur For Halloween

Sebahate J. Shala is a Researcher and Analyst with a degree in International Affairs. Her articles featuring international issues appeared in the U.S. and Canada journals. Before moving to the U.S., Shala worked as a journalist reporting on political, social, and security matters. She is a blogger, too. 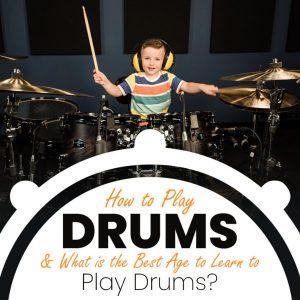 Listen to this article now The drums are a great way to release energy, express yourself, and have a lot...