According to The Post, UberEats is launching quick-delivery services for Big Apple bodega owners who have been hurt by competition from fast-delivery apps like Gopuff and Gorillas.

Customers pay a $2.99 fee and receive their orders in about 30 to 60 minutes. The merchants do not incur an additional delivery fee, which is typically about 15% of an order with other quick-delivery apps.

Over 100 mom-and-pop grocery stores and small delis in the New York metro area have been testing the new service lately. Ron’s Deli and Grocery Store on Jamaica Avenue in Queens and Smiley on Lexington Avenue and 62nd Street both took part in the pilot.

The owner of Smiley’s, Nayeem Ghesani, who also owns Third Avenue Garden at 91st Street, said, “Not many of us have the time to create something like this and to do the marketing. “Plus, it’s free.”

According to Elie Y. Katz, chief executive of National Retail Solutions, a manufacturer of high-tech point-of-sale terminals that is leading the rollout, the service will be made available to thousands of businesses across the city.

According to Katz, “Bodegas have been attacked by the well-funded fast-delivery services, and we’re leveling the playing field for them.”

According to Katz, the majority of customers order soda, chips, and other essentials from nearby corner stores that are occasionally only a block away. The thought behind it is that they are helping a small local business that has been largely excluded from the recent online shopping boom.

Regular customers have called the store directly in the past, according to Ghesani, but the procedure wasn’t always straightforward. “Our employees might occasionally be unable to pick up the phone when the store is busy,” he said.

The fate of mom-and-pop grocery stores has turned into a rallying cry for more regulation as fast delivery apps have taken off in the Big Apple and elsewhere. The Bodega and Small Business Association has argued that its members need “protection” from the new rivals, and it has collaborated with lawmakers to create new laws.

In comparison to the venture-backed delivery app companies, bodegas have been at a “severe disadvantage,” Upper East Side Council member Julie Menin said.

We cannot have a situation where a mom-and-pop store that does not offer same-day delivery is forced out of business and cannot remain in operation, Menin said.

Quick-delivery apps now have to be licensed and permit customers to enter their stores, which are known as “dark stores” because they previously served as warehouses. Other legislation focuses on reducing the weight of their packages that the bicycle couriers carry on their backs and slowing down their delivery time promises.

Doordash courted the Bodega Association and other small business groups when it entered the fast delivery market last year, introducing its DashMarts in New York City – small grocery stores that deliver food and other necessities quickly – to avoid the backlash from public officials that start-ups like Gopuff, Getir, and Buyk received.

Doordash promised to assist bodegas in modernizing their technology and integrate them into its platform. 400 small businesses, including members of the Yemeni American Merchants Association, were partners in the project. The business acknowledged that it still collaborates with over 400 small grocers.

NRS claims to have 20,000 small business clients nationwide and plans to expand the use of this new delivery model while assisting companies in marketing the initiative. Katz said that it will also include more delivery partners.

The grocers are initially listed on NRS’s app BRClub, but eventually, according to Katz, they will be added to the UberEats platform.

What do you think of that UberEats expansion? Please let us know in the comments. 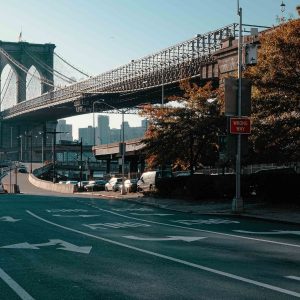 6 Lessons From When The World Stopped

Listen to this article now As an independent filmmaker, Natalie Rodriguez was immersed in the energetic, fast-paced life that a...