The Post has learnt that billionaire James Dolan has discreetly moved to put the luxury Tao nightclub and restaurant chain up for auction. Insiders have indicated that this action appears to be a desperate attempt to get money for a project that is costing his entertainment empire a lot of money.

According to sources familiar with the matter, the New York businessman’s Madison Square Garden Entertainment, which also owns Radio City Music Hall, the Rockettes, and other properties in addition to the iconic arena where the New York Knicks and Rangers play, has hired Goldman Sachs to investigate the possibility of selling Tao Group.

One of the sources claimed that Tilman Fertitta, owner of the Houston Rockets and the Golden Nugget Casino, is rumored to be interested in Tao.
Tao, which owns 32 establishments in New York City, including Beauty & Essex, Lavo, and Bar Moxy, as well as numerous additional locations in hotspots like London, Singapore, and Dubai, was valued at $524 million last month, according to a Morgan Stanley analyst.

By that calculation, after deducting Tao’s $85 million in debt, MSGE’s 67% ownership position in Tao would be valued at $274 million. That amount, according to insiders, might assist Dolan in filling a $600 million gap in the construction budget for the MSG Sphere, a cutting-edge entertainment complex he is creating in Las Vegas whose cost has nearly doubled to $2.2 billion.

But according to insiders, Dolan wants a premium price well above Morgan Stanley’s estimate as Tao develops outside of its core markets of Miami and the Middle East.
Jim is looking at a 12 times Ebitda multiple, or roughly $800 million, according to a source with direct knowledge of the sale. It is most likely worth seven to eight.

The source went on to say that the multiple should be in the single digits because “plenty of rentals on Tao properties are up in the next five years.” “You also need to keep reinvesting,”

The source speculates that Dolan may accept a lower asking price if he needed the money to support The Sphere, but the source also noted that Dolan has a history of considering auctions before calling them off.

Tao recently overcame financial difficulties that began long before the outbreak. After its income was cut in half, the company faced the possibility of defaulting on its debt in 2019. After Tao’s lender JPMorgan declined to roll over its entire $100 million loan, MSG stepped in and gave Tao a $49 million loan, according to sources.

According to sources, Tao Group paid $99 million to purchase Hakkasan Group last year. Hakkasan Group is a global chain of upmarket restaurants and clubs with locations in London, Las Vegas, the Middle East, and Asia.

According to sources, Dolan’s Tao sale appears to be a significant source of revenue as he seeks to raise funds for the MSG Sphere. The project disclosed on December 22 that it had borrowed $275 million from a lender group led by JPMorgan.

On December 6, MSGE disclosed that it would separate into a new, publicly traded business this spring and spin off its eponymous arena, Radio City Music Hall, the Radio City Rockettes, Christmas Spectacular, and other live entertainment holdings. Analysts estimate that the spinoff’s earnings might reach around $600 million if it is profitable.

The parent company that presently houses the Tao Group and the MSG Sphere will continue to house MSG Networks, the so-called regional sports networks, or RSNs, that show local cable-TV broadcasts of Knicks games as well as those of the NHL’s Rangers, New York Islanders, and New Jersey Devils.

What do you think of that situation with Tao’s nightclub and restaurant business possible bankruptcy? Please let us know in the comments.

Analyst: Jeff Bezos might “do a Bob Iger” and take over as CEO of Amazon. 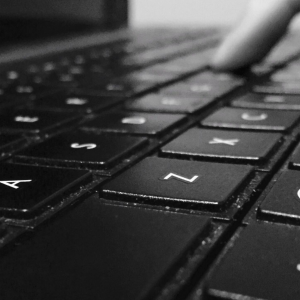 Listen to this article now Microsoft recently announced that it would be launching a major update to the Windows operating...