Even on the Hawaiian island he owns, one of the richest men in the world could not get away with speeding.

According to bodycam footage obtained this week, tech billionaire Larry Ellison confessed to breaching the law after being stopped on the island of Lanai for speeding and running a stop sign.

Last October, a traffic police stopped Ellison, the co-founder of Oracle and sixth richest man in the world according to Forbes, when he was driving his orange Corvette close to Manele Road.

The officer is heard telling Ellison, “The reason I stopped you is because you raced through the stop sign and you were kind of speeding there.” The news outlet Hawaii News Now was the first to get the clip.

Ellison, who purchased approximately 98% of the properties on the Lanai for $300 million more over ten years ago, reacted, “If I was, I’m sorry.”

Ellison was then questioned by the police, “Any particular reason why?”

There’s no excuse, I was trying to get home for dinner with my kids,” Ellison retorted. “There is no valid defense.”

Okay, cool, the cop said in response. Please let me see your driver’s license, proof of registration, and insurance.

Ellison spent a few minutes looking through his possessions. He then admitted to the police that he was missing his license.

The Lanai-patrolling officer from the Maui Police Department cited Ellison.

Ellison’s holding firm Pulamu Lanai, whose portfolio includes the properties on the island, has been contacted by The Post for comment.

Local congressman Gabe Johnson commended the police for applying the law to the individual who is essentially his landlord.

Johnson, a Lanai representative on the Maui city council and a member of the council who represents Maui, said: “Some towns, as we all know, have let the elites just run wild.”

“I’m glad to say, ‘Nice job, MPD,'” he said. “To have one of our own police officers actually treat him like an equal just like everyone should be treated equally under the eyes of the law.”

Ellison and local officials have had a number of run-ins during the past year.

Last month, local opposition to Ellison’s proposal to pay the $5 million cost of enlarging the runway at Lanai’s sole airport was raised by opponents who claim it will benefit affluent private aircraft owners while increasing noise pollution on the island.

A “disabled Native Hawaiian veteran” from Lanai claimed in August that Ellison’s holding firm had denied him access to a nearby beach.

Russell deJetley’s complaint prompted the neighborhood’s officials to warn Ellison with fines if he did not allow the public access to a park and gate next to the well-known Hulupoe Beach Park.

DeJetley refuted a statement made by a Pulama Lanai spokesperson to local media that the gate was closed to address flooding brought by by significant swells in July. He claimed that even after the floodwaters receded, access to the region remained restricted.

Residents of Lanai who complained about the rising expense of living, which they claim was made worse by Ellison’s property acquisitions, were cited by Bloomberg News earlier last year.
Small businesses have disappeared on Lanai since the government took over the 90,000-acre island, while exclusive eateries like Nobu serve an extremely rich clientele.

What do you think of that funny situation with Larry Ellison? Please let us know in the comments.

According to reports, Subway is considering a $10 billion sale. 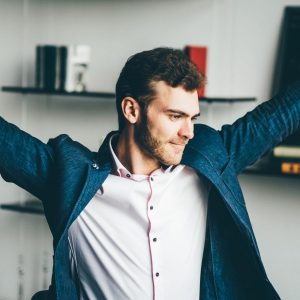 Listen to this article now Accounting is crucial for the effective running of daily business activities. Accounting helps businesses keep...