The General Data Protection Regulation, or GDPR, was broken by Meta, according to Ireland’s Data Protection Commission, Meta’s primary European regulator. The expansive 2018 regulation aims to restrict Meta’s and other internet firms’ capacity to collect and utilize people’ personal data without their consent.

The contract language, according to Meta, provided legal support for its data activities in Europe. However, according to the DPC, Meta users were “insufficiently informed about the processing operations being carried out on their personal data.”

According to the DPC, regulators gave Meta a three-month deadline to comply with local laws governing data handling. If consumers finally have the option to “opt out” of particular adverts, the decision might have a significant impact on Meta’s business operations.

Europe is a crucial market for Meta, whose bottom line has historically been supported by ad revenue. The business generated $118 billion in advertising revenue in just 2021.

In a long statement, Meta vehemently disagreed with the ruling and declared it would appeal, launching what is anticipated to be a protracted legal dispute with European regulators.
In the statement, Meta added that “the debate concerning legal bases has been going on for a while, and businesses have had to deal with a lack of regulatory certainty in this area.” We firmly think that our strategy complies with GDPR, thus we are upset by these judgements and plan to challenge both the substance of the orders as well as the fines.

Meta asserted that regulators had fallen short of offering “clarity” regarding the proper legal justification for data processing in Europe.

It would be “very rare for a social media service not to be personalized to the particular user,” the business continued.

Facebook and Instagram are fundamentally individualized, thus the firm continued, “We believe that giving each user their own unique experience, including the ads they see, is a crucial and essential element of that service.”

The most recent action taken by Irish regulators is a part of a larger campaign against Meta’s operations in Europe. The DPC has 11 further pending investigations concerning Meta’s business practices in Europe and has already levied fines totaling more than $1.37 billion.

In a battle over data transfer regulations, Meta once threatened to completely shut down Facebook and Instagram operations in Europe. Meta has been harshly critical of the regulatory effort.

The legal dispute is another another difficulty for Meta, which previously issued a warning about declining ad revenue following Apple’s revisions to its data privacy policies.

As the Zuckerberg-led business pursues a costly, difficult pivot toward metaverse technology, shares of Meta have fallen 62% over the past year. As of Wednesday noon, the stock had increased by almost $3, reaching $127.

What do you think of that situation with Meta company panalization in Europe? Please let us know in the comments.

Dog owners allege that goodies are violently illening puppies and may have killed one animal. 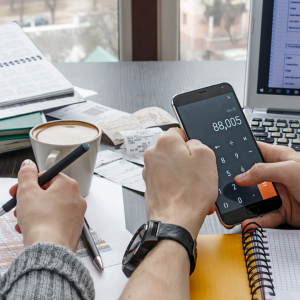 The Importance of Digital Marketing for Small Businesses

In this post COVID world we live in, businesses of all sizes have taken a hit. Yet the most affected have been small...