Nobody thinks about the U.S. Government potentially running out of money, but it can and may happen very soon. The United States has a reputation of being one of the top countries in the world, but they are not exempt from issues, such as massive debt.

The fate of the U.S. Government is now put in the hands of Congress. Congress needs to be able to work together in order to pass legislation that will spare the government from being forced to shutdown.

What Is Congress Supposed to Do?

The fate of the U.S. Government is now put in the hands of Congress. Congress needs to be able to work together in order to pass legislation that will spare the government from being forced to shutdown. The House will have to approve a stopgap funding bill, that will allow the government to have some time to figure out a longer term funding bill before December 3rd. However, if Congress does not agree quickly then a series of unfortunate events will follow.

If Congress is unsuccessful, all government facilities would be forced into a shutdown. For instance, many public parks and other federal buildings would close, and civilian staffers throughout the government will be prevented from working.

What Is a Debt Limit and Why Is it Important?

A debt limit is referred to as the total amount of money that the government is allowed to borrow for legal obligations, such as Social Security, Medicare, military salaries, interest on national debt, and tax refunds. If the government exceeds a debt limit, legal obligations will not be met. This means that thousands of Americans that rely on social security, medicare, and military salaries would be in trouble. This truly impacts everyone.

Sadly, if Congress does not approve a stopgap funding bill, a shutdown is the least of everyone’s worries, the bigger issue is if America falls into another recession.

Do you think Congress will be able to stop another recession? Let us know in the comments!

3 Ways To Stop Implicit Bias In The Workplace 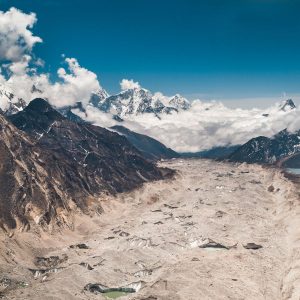 Listen to this article now If you want to travel to a place full of culture, adventurous places, spirituality, historic...