When the Relief Bill was passed in March, millions of people were – simply put – very relieved. Just the knowing that you were going to get an extra $1,400 to spend on the things that you need or the things that you want was a gift for the American people. However, there were some that did not receive the money as soon as others.

Either the direct deposit was delayed, or the checks took forever to come in the mail. Regardless of the situation, there are millions of people who have yet to receive the third stimulus check. That’s not to say that it will never come, because it will. But the how and the when was questionable for a while until now.

As of April 7th, $4 million was sent out to those who either did not receive the first round of the stimulus or to those who qualify for additional payments that the IRS are calling “plus-ups.” What is a plus-up, you might ask. Well, it is extra money for those who need it and for those who are eligible.

The IRS are saying that some people who have filed their 2020 taxes recently will be getting supplemental payments depending on how your income was affected during the pandemic. Alongside that, they are giving extra money to those who recently added a dependent to their taxes or who has had a baby in the last year.

If you are wondering where your money is and when it will get to you… don’t worry! It’s on its way. I know it can be frustrating to wait this long for something that was promised to you but try to remember that it is yours and it will end up in your bank account soon.

Have you gotten your third stimulus check yet? Let us know in the comments.

Examining The Bright Future Of The Supplementation Industry 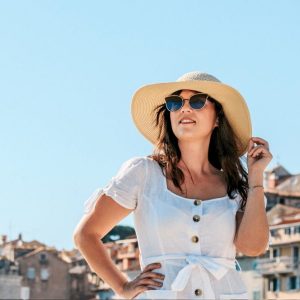 2021 Women's Fashion Trends That Will Make Your Life Simpler