In the world of ecommerce there are many players. eBay founded in 1995, one of the first of its kind, helped jump start a new market. Today eBay may feel outdated for many, fearing any negative outlook it’s no surprise eBay would be on the defense. The company was found responsible for harassing a Natick, Massachusetts couple. The harassment occurred for several months during 2019. The couple criticized eBay publicly and as a result, became a target.

So how did eBay get there?

David and Ina Steiner have come forward to share the details of what eBay did to them. The Steiners own EcommerceBytes which began in 1999 as eBay begun picking up traffic. EcommerceBytes shared insights for buyers and sellers that were critical of the organization. The criticism picked up enough steam to catch the attention of eBay employees and executives.

As a result, the company cyberbullied the couple to pressure them to stop the criticism. The cyberbullying escalated to damaging their personal property. The couple also received deliveries of live cockroaches and spiders, a funeral wreath, and a bloody pig face Halloween mask. The Steiners feared for their life because of these events. They had no idea who was behind the issue but consulted the local police to perform an investigation.

Natick police traced the harassment to employees of eBay’s security team, after a thorough investigation. The FBI charged 6 of eBay’s employees after finding out these allegations. Those employees have since been found guilty and sentenced to time in prison. The couple pursued a lawsuit against the company and its officials for damages after the guilty verdicts.

No one can escape the law in cyberbully, not even a billion-dollar organization. With the outcome of the eBay case in mind, hopefully more companies and even individuals will avoid this route.

Have any comments about eBay’s actions? Share your thoughts below!

How To End LGBTQ+ Discrimination In The Workplace

Fast Cash: 4 Side Hustles To Try This Summer

Contributing writer at discover GREY. She also currently works full-time as a Finance Partner for an international corporation with varied financial analysis experience. Sharice holds a Masters degree in Accounting with a concentration in Financial Analysis and Tax Strategy. She is passionate about educating people on finance. Whenever she's not working she's reading books and writing short stories. 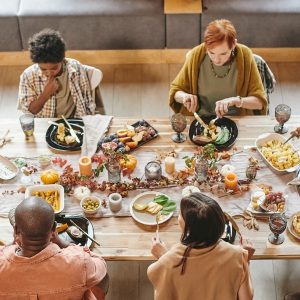 How To Ask Your Family To Fund Your Business

Listen to this article now Borrowing money from family and friends has its advantages. In most cases, there will be...