On Wednesday, Walt Disney shares fell 11% to their lowest level since March 2020, as rising costs at the entertainment conglomerate’s fast-growing streaming division cast a shadow over strong subscriber additions.

Disney+ has attracted millions of subscribers and will launch an ad-supported tier next month, but executives’ promise of profitability next year and forecast for operating results in the next quarter fell short of expectations.

“Disney’s streaming results are indicative of the tightrope it is walking,” said Fred Boxa, associate director at Arthur D. Little, a technology and management consulting firm.

At midday Wednesday, shares were trading around $87. They have fallen more than 35% this year, compared to a 20% drop in the S&P 500, as ad sales are expected to be cautious and recessionary fears persist.

In a call with analysts on Tuesday, finance chief Christine McCarthy said the ad tier was not expected to have a significant impact on results until later in Disney’s fiscal year.

Subscriber growth in Disney+ was expected to accelerate in the second quarter, she added, indicating a soft first quarter, according to analysts.

Despite an increase in Disney+ subscribers, Disney profits suffer.
“As the platform strives for profitability, it is putting some of that burden on its user base in the form of price increases, which could stall growth during an economic downturn,” said Mike Proulx, research director at Forrester.

Shares were also dragged down by a lower-than-expected full-year revenue growth forecast. Disney predicted a “high single-digit” percentage increase in revenue this fiscal year over last, while Wall Street predicted a 12% increase.

According to Refinitiv data, the stock’s median price target is $125.

What do you think of that situation with Disney streaming TV shares losses? Please let us know in the comments. 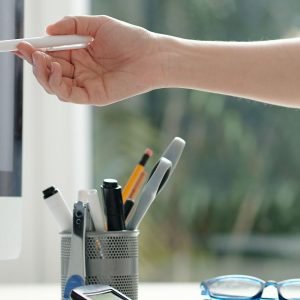 Listen to this article now Social media applications are fixed as an innovative idea in this digital era of development....