During a surprise visit to Twitter’s San Francisco headquarters on Wednesday ahead of his expected acquisition of the company, billionaire Elon Musk brought an actual sink.

Musk posted a video of himself laughing while dragging the sink into the lobby, just two days before a court-ordered deadline to complete a $44 billion deal to buy Twitter or face a trial. Earlier in the day, Tesla CEO Elon Musk changed his Twitter handle to “Chief Twit.”

“We’ve arrived at Twitter HQ – take a deep breath!” Along with the nine-second video, Musk tweeted.

Twitter chief marketing officer Leslie Berland revealed in a memo to employees that Musk would be on site at the company’s headquarters throughout the week. Musk is also expected to speak to employees in person on Friday.

According to Bloomberg, Berland wrote in the memo, “Elon is in the SF office this week meeting with folks, walking the halls, and continuing to dive in on the important work you all do.” “This is just the beginning of many meetings and conversations with Elon for everyone else, and you’ll all hear directly from him on Friday.”
Representatives for Musk and Twitter are working to finalize the deal before the deadline of 5 p.m. ET on Friday.

A completed transaction would bring an end to a months-long saga in which Musk agreed to buy Twitter for $54.20 per share, then changed his mind due to concerns about spam bots, only to reverse course and say he would proceed on the original terms.
Musk reportedly told his co-investors and bankers earlier this week that he plans to close his Twitter acquisition by the end of the week.

Musk’s co-investors, which include Oracle co-founder Larry Ellison and Saudi Prince Alwaleed bin Talal, are contributing $7.1 billion to the acquisition price. Meanwhile, Morgan Stanley and Bank of America have committed $13 billion in debt financing to the transaction.

The billionaire has promised to lead a Twitter overhaul that prioritizes free speech. Musk has also hinted that his Twitter takeover will help him build X, a “super app” with functionality similar to China-based app WeChat.

Musk’s impending involvement has caused concern among Twitter employees and is said to have contributed to a mass exodus of employees in recent months. Many of the disgruntled employees are reportedly joining competitors Google and Meta.

The Washington Post reported earlier this week that Musk had told investors that he could lay off nearly 75% of the company’s 7,500 employees. Twitter’s human resources department informed employees that there were no plans for mass layoffs.

What do you think of that Elon Musk’s twitter deal? Please let us know in the comments.

Microsoft earnings are down 14% as a result of sluggish PC sales.

Top Ideas On How To Spend It On Your Holidays 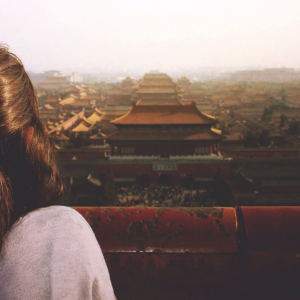 Due to the low birthrate that China is currently seeing, they are encouraging Chinese women to have more children to...