After the company missed earlier deadlines he had set, Elon Musk said on Wednesday that he anticipates a wireless brain chip developed by his company Neuralink to start human clinical trials in six months.

The company is working on brain chip interfaces that, according to its claims, could let disabled people move and communicate once more. Musk added on Wednesday that the program will also focus on restoring vision.

Neuralink, a company with offices in the San Francisco Bay Area and Austin, Texas, has recently been testing its products on animals while waiting for the U.S. Food and Drug Administration (FDA) to give the go-ahead for human clinical trials.

Musk stated during a long-awaited public update on the device, “We want to be extremely careful and certain that it will work well before putting a device into a human.”

Musk emphasized the speed at which the business is developing its device during a nearly three-hour presentation to a select group of invitees at Neuralink’s headquarters.
“The progress at first will seem perhaps agonizingly slow, especially as it relates to humans, but we are doing all of the things to bring it to scale in parallel,” he continued. Therefore, progress ought to be exponential in theory.

Reuters’ request for comment from the FDA was not immediately met with a response.

According to Musk, the Neuralink device’s first two human uses will be to restore vision and allow people who are unable to move their muscles to do so. “We believe we can still restore vision,” he said, “even if someone has never had vision, ever, like they were born blind.”
Musk canceled the event just days before it was scheduled for October 31 without providing a reason.

More than a year ago, Neuralink showed a monkey with a brain chip using only its thoughts to play a computer game.

Musk, who also owns the electric car company Tesla, the rocket company SpaceX, and the social media site Twitter, is renowned for his aspirational plans to colonize Mars and save humanity. The same lofty goals are held for Neuralink, which he founded in 2016.
He wants to create a chip that would enable the brain to control intricate electronic devices, eventually restoring motor function to paralyzed people and treating diseases of the brain like Parkinson’s, dementia, and Alzheimer’s. He also discusses combining artificial intelligence and the brain.

Current and former employees claim that Neuralink has repeatedly missed internal deadlines for obtaining FDA approval to begin human trials. According to Reuters, Musk approached rival Synchron earlier this year about a potential investment after complaining to Neuralink staff members about their sluggish progress.

By successfully implanting its device in a patient in the United States for the first time in July, Synchron achieved a significant milestone. In 2021, it received regulatory approval from the US for use in human trials, and studies involving four Australians have been completed.

What do you think of that coming human trials for Neuralink’s brain chip? Please let us know in the comments.

Alyssa Farah Griffin, host of “The View,” calls Kanye West a “moron” and cautions that another Holocaust “could happen.” 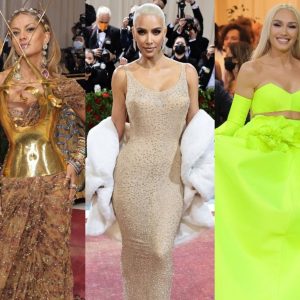 Listen to this article now The first week of May was an extravagant, luxurious experience for popular and mainstream celebrities....