The cost of admission to Disney World’s four parks will increase starting next month, with the Magic Kingdom’s price expected to nearly double for the holidays.

The Mouse House, which last week released its annual financial report and reported record sales for the year, revealed on Tuesday that the cost of single-day tickets and annual passes will increase starting on December 8.

A one-day pass to any of its four Orlando theme parks currently costs as little as $109. But now, depending on the date and demand, Magic Kingdom tickets will cost as little as $124 and as much as $189.

During the week of Christmas to New Year’s, Disney said, the tickets will be closer to the $189 price point. But over 99% of its one-day, one-park tickets will cost less than $189.

Magic Kingdom Park will be priced at or above our other theme parks due to the incredible demand since it continues to be the theme park with the highest number of visitors worldwide, according to a statement from Disney.
Disney’s Hollywood Studios will cost between $124 and $179 for a ticket, while Epcot will increase its price to between $114 and $179. The only theme park that will maintain its current price range of $109 to $159 is Disney’s Animal Kingdom.

Since the pandemic closed the company’s theme parks, Chapek has received criticism for raising prices for food, merchandise, and parking at Disneyland and Disney World. While Chapek has raked in compensation of $32.5 million, earning him the nickname “Bob Paycheck,” fans have also complained about the quality of the food, portion sizes, and the overall experience at the parks.

Disney missed Wall Street expectations for quarterly earnings on Tuesday despite the record annual sales as the entertainment behemoth continued to lose money from its foray into streaming video. Following the release of its results and Chapek’s announcement of hiring freezes and layoffs last week, the company’s shares dropped more than 13% on Wednesday.

What do you think of that Disney World tickets price increase? Please let us know in the comments.

As a recession looms, Tim Cook claims Apple is “being very deliberate” about hiring.

The delivery app UberEats wants to include thousands of NYC restaurants. 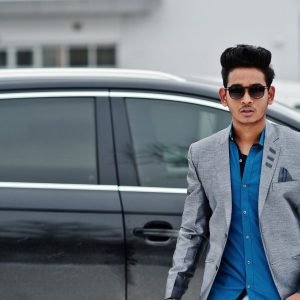 9 Best Bollywood Movies to Watch If You’re An Entrepreneur

Listen to this article now With the rise of Hollywood blockbusters such as The Wolf of Wall Street contributing a...