The start of April is always funny. Many jokes are passed around on social media and this year, big businesses like Starbucks decided to take part in the pranks. On the first day of April, Starbucks released that they were going to be serving boba, and I was one of those people that fell for the prank.

A few hours after I saw the boba post, I went to the drive thru thinking, “They have that Brown Sugar Espresso, so why wouldn’t they have this?” without actually taking April Fool’s Day into consideration. I embarrassed myself by asking the barista if they had the boba, and let’s just say, I haven’t gone to the same Starbucks since.

Aside from Starbucks and their big jokes, the automobile company, Volkswagen, decided they wanted to jump on the joke platform. At the start of the new month, Volkswagen released that they would be changing their name to “Voltswagen.” With the rise of electric cars, people were thrilled and immediately took to their stocks. Just hours after the name change announcement, Volkswagen’s stocks rose. But when people found out it was a joke, they sank again.

People are questioning if a rise in stocks was their true intention, which is considered illegal in the stock market. But for the most part, we are all thinking it was a failed attempt at an April Fool’s Day prank. How it will affect the company and their sales is still to be determined. However, a lot of people were really excited about this “Volts” thing, so they should be seeing amazing sales for their new electric SUV.

Would you buy an electric car from Volkswagen? Let us know in the comment section.

Millions Of Viewers Await The Premier Of The Lady Of Heaven 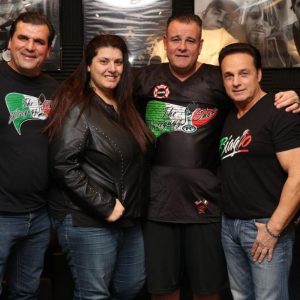 Radio Show In New Jersey Keeps Building On Its Success

Listen to this article now What do you get when a bunch of neighborhood guys and a talented woman combine...