Social justice critics assert that the beginning of New York’s legal marijuana market is already turning out to be a bad experience. This is true even before the first marijuana stores formally go into operation.

They are being set up for failure, according to a group supporting the first licensed marijuana storefront sellers who have prior marijuana convictions.

The Cannabis Social Equity Coalition claimed that the first sellers will have to purchase cannabis products from New York hemp farmers, whose products are of “questionable quality and safety,” are not receiving adequate market training, and will be saddled with a significant debt load.

According to the “seed to sale” cannabis law in New York, licensed dispensaries may only sell marijuana that was grown on local farms.

However, the group claimed that the “biomass” variety of cannabis that farmers grow is not a flower fit for inhalation.
This kind of cannabis is regarded as low grade and is best suited for making edible cannabis products, oils, vapes, and topicals. In order to be sold in dispensaries as a smokable flower, it is not appropriate, according to Reginald Fluellen of the Cannabis Social Equity Coalition.

He further asserted that the cannabis produced by these hemp farmers is “highly contaminated with bacteria, yeast, and mold.”

The state’s Office of Cannabis Management denied that it had given the go-ahead for the production and distribution of subpar marijuana.

As stated by Damian Fagon, chief equity officer of OCM, “let’s stick to the facts, and they’re clear: New York’s first adult-use dispensaries will sell products grown by New York family farmers that have been tested for a wide range of potentially harmful elements, including heavy metals, e-coli, aspergillus, and other contaminants in line with practices in other states.”

According to the Cannabis Social Equity Coalition, dispensary owners will be burdened with “high debt and high interest rates on debt repayment, on day one” because they have not received the necessary training and incubation support to operate a highly regulated cannabis business.

As a buzz kill, OCM disputed these assertions.

According to OCM’s Fagon, “These dispensary owners will receive support from the Social Equity Cannabis Investment Fund, breaking down barriers to capital in the complicated industry; and they’re able to jumpstart the legal market with delivery sales, growing their capital before they open a storefront.”

Jumping to conclusions about the products they will sell and their ability to succeed, he claimed, “will only be damaging to them and our effort to establish the most equitable cannabis market in the country.” The first dispensary owners, he added, already had a track record of operating other successful businesses.

Additionally, he made fun of the Cannabis Social Equity Coalition for being absent from the public comment period on the cannabis regulations.

Since we didn’t hear back from them regarding the regulations for this dispensary program, we look forward to their input on the regulations for the majority of the remaining market that were advanced by the Cannabis Control Board last month, said Fagon.
But there’s no denying that the cannabis program’s early stages are fraught with difficulties.

The most recent criticism comes a day after it became known that Chris Webber, a former NBA player who had been chosen by the state to assist in raising $200 million in a public-private partnership for the developing legal marijuana industry, had not succeeded in raising any money.

What do you think of the New York cannabis launch? Please let us know in the comments.

6 Reasons Why Your Supplements Should Be Organic 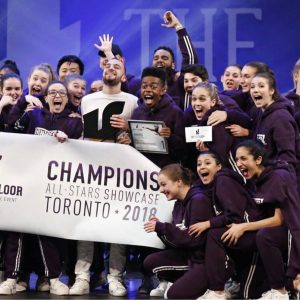 Dancing His Way To The Top: Justin Corbo

Listen to this article now The art of dance is a true form of human expression in so many ways....