With the rising popularity of streaming services among teens, it seems the days of traditional television commercials may be ending. Thankfully, for marketers, the omnipresence of social media still guarantees a way to reach younger demographics. TikTok is a new app that is dominating the social media industry. With it, users can create 15 – 60 second videos to share among friends. Not only is TikTok the perfect way to reach teens, it is also a promising free way to increase market reach.

Since its international launch in 2017, TikTok has taken social media over by storm. Despite being created in China, it is most popular among teens in America. The app reports to have 500M active users a month, surpassing Twitter, Reddit, and LinkedIn in that regard. Even Snapchat, which was once the most popular app for teens, has fallen behind at 310.7M monthly users.

Currently, TikTok ranks as the 5th most popular app in user activity. The other top four apps are Facebook, YouTube, Instagram, and Qzone. However, TikTok recently became the #1 downloaded free app worldwide. How did they manage this swift maneuver? In November 2017, TikTok’s parent company ByteDance bought a lip synching app known as Musical.ly. After incorporating it into TikTok in August 2018, users fell in love with the ability to create short videos using a wide range of songs and filters. Whereas other social media platforms cater to painting life in perfect light, TikTok is all about creating wacky videos.

TikTok content creator Andrea Okeke says, “Once they see your video is your authentic self having fun, people love that because it’s a place to just escape.” Okeke is one of the app’s most popular creators with a current following of 3 million users.

Anna O’Brien, another of the app’s most popular users, claims TikTok is changing marketing because it speaks to a brand of authenticity. Going against society’s standards and presenting an authentic self is very important to Gen Z. Studies show that people born after 1997 are easily affected by depression due to the pressure of gaining online popularity. Because of TikTok, kids now see that it’s okay not to be perfect. O’Brien says, “The size of the body, the color of skin, how we live does not matter. We teach kids, they can be what they want to be. The 15 seconds of my life is improving the 24 hours of someone else.”

In order to connect with younger consumers, companies have to change the way they market themselves. This includes branching out into platforms like TikTok and showing they can be relatable. Apps that were once looked down upon by older generations are now becoming essential to a company’s relevancy.

How to Use TikTok to Expand Your Business

TikTok and ByteDance have been raking in the money with advertisement deals. Because of its success, ByteDance is now the most valuable startup in the world at $75B. Even the NFL is cashing in on the TikTok trend with a multi-year partnership. But you don’t need to need to spend money on advertisements to expand your business. All you need to do is create a video that goes viral.

If you want to go viral on TikTok, you have to find a popular hashtag or challenge and make your own interpretation. If users like what they see, they are more likely to engage with your content. Just like Instagram, TikTok presents users with a recommendations page based on previous videos they’ve liked or commented on. However, TikTok’s AI system completely dictates what appears on a user’s timeline. If you like a certain video, you will see more of that user’s content. If you swipe away too quickly, you’re less likely to see that user again.

While making videos yourself is one option, you can also hire a content creator for brand deals. If you do hire a creator, O’Brien and Okeke say it’s best to let the creator’s have control over the content. This is the only way to ensure the message stays authentic and can truly connect with audiences.

With teens making up 16% of the world’s population, there’s no denying that getting your business involved in TikTok is a smart move to capture this demographic. However, teens are not the only ones using the app. According to Global Web Index, only 41% of users on TikTok are between 16-24 years old. In the U.S., 25.8% of users are 18-24, while 44.8% are between the ages of 25-44. As you can see, TikTok is growing fast. If you act quickly, your audience reach can grow along with it.

What do you think about the use of TikTok as a marketing tool? Let us know down in the comments.

The Daring PR Agent Who Flipped Tragedy Upside Down 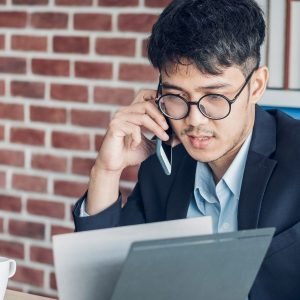 How Do You Know “That Client” Is Killing Your Business?

Listen to this article now Identifying a “toxic employee” is fairly easy, as it becomes apparent over a pretty short...