The I Don’t Care That You Don’t Care podcast is a series of conversations from indie artists about creativity, the labor of love, plight, and time management. Join me, Wes Speight, as I explore what it truly means to be an independent artist. Jess Pillay Indie

This month I launched my new podcast titled I Don’t Care That You Don’t Care, which is not necessarily what it sounds like. It’s about not caring about artist acceptance over the need to make art. Not all art can be great and to get 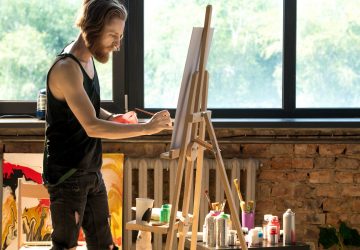 Independent artists juggle many hats by necessity. I’m not sure it works any other way. Ask a barista, teacher, waiter, techie and possibly even a biochemist. They probably have other passions and part-time jobs. As an indie artist today and probably throughout history, one finds