This month I launched my new podcast titled I Don’t Care That You Don’t Care, which is not necessarily what it sounds like. It’s about not caring about artist acceptance over the need to make art. Not all art can be great and to get to great you have to make mediocre, good, and so on. The fact is everyone cares to an extent, but I believe it’s when you let go of caring about acceptance when good and even great art can happen. The podcast is also about exploring how indie artists juggle creativity with the need to survive. It’s a place to get back to genuine and unique conversations, where we put away our phones for an hour or more and just relish in the art of a discussion. My first guest was Tim Basaraba.

The Art of Prioritizing with TBASA

Tim Basaraba AKA TBASA is a booking agent, singer-songwriter, band member (lead guitarist), graphic artist, husband, and father of an adopted dog. TBASA has made numerous records, toured, booked bands, created flyers, written and published comic books, and remained a solid husband and father to his family. How has he been able to achieve this success? Well, let’s take a dive in.

TBASA does a great job of prioritizing. He seemingly relies on the hierarchy of needs to take care of the basic needs first. As we got deep into our hour-long conversation he said some things that could be considered profound, such as “the fear of being broke is worse than being broke,” and “experience is not things”. He struggles, like most artists do, with owning the latest and greatest technology. TBASA has accepted that he may not be the best at all the areas of art he is involved in, but he is without a doubt very good at all of them (at least in my opinion and many others). His energy is both inspiring and contagious and I really enjoyed our conversation and hope to have many more. Check out his newest album and 9 others on Bandcamp. Listen to the podcast.

Starheadboy and the Art of Staying Productive

The 2nd episode featured prolific artist Dave Bloomfield AKA Starheadboy. Dave is a sketch artist, graphic artist, painter, videographer, storyteller and family member. I was first introduced to Dave by artists Ryan Henry Ward AKA Henry and Andrew Miller AKA Mantisart while live painting at a show I was playing. The show quickly became known as Wes Sp8 & The Visual Dialog and was a fantastic experience. Since different iterations have come and gone, I began to watch Dave use new emerging platforms such as Instagram, and see his material and audience grow. He has been such a big inspiration for me as he is wildly prolific and is able to create high-quality art on a consistent basis. It was great to get to discuss with Dave and get to know his process and learn a bit of how he is able to stay to productive.

One thing Dave talked about was writing down 10 ideas a day. Upon learning this, I instantly felt a bit overwhelmed, but definitely see the benefit of building that skill and am going to start writing down at least one idea a day. I intend to watch it grow into two ideas a day and so on. Another thing I noticed about Dave just from being around him is that he brings a sketchbook with him everywhere and will just start creating in whatever setting: a dive bar, a show, eating dinner, or even during a podcast (I’m joking about the podcast he was completely attentive). Basically what I’m getting at is he almost always has the creative stream of conscious light on and it might even burn brighter in his dreams. Check him out @starheadboy.

Both TBASA and Starheadboy are at the height of their creativity and there is much to be learned from them. For even more conversations with indie artists, check out my podcast here.

Which indie artists should we sit down with next? Let us know down in the comments.

The Bottom-Up Approach To Fitness

[Chicago – Event] Brainstorming: Friendships, from making, sustaining, and breaking up 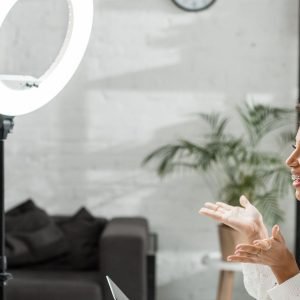 How to Work With Influencers to Promote Your Business

Listen to this article now When we think about what actually impacts our decision of whether or not to buy...