The past moves further into the abstract as time goes by. Life as it was exists only now as fuzzy feelings and meandering memories, and I am unsure why I wish to experience the past again. Sometimes, I find myself reaching farther back and longing for a time in which I did not exist, a desire based on the slippery memory of those older than myself.

This feeling, this reaching into the past, is not unique to me. Everyone from every generation, in the search for their own identity, roots around different aspects of the past to compile them into something new. The memories of the past inform the experience of the now.  The thrift stores of New York City pull the past out of the abstract, they are places where memory is not only made tangible, but also for sale.

Having grown up in a small Texas town, I knew thrift stores as desolate places where I could find a pair of jeans for $3.00, but there is something more than cheap clothes being sold at the thrift stores I’ve shopped at in New York. I expected to find a hodgepodge of dirt-cheap hand-me-downs when I stepped into the Buffalo Exchange in Astoria, but the store was a vibrant, well-curated amalgamation of clothes from different eras, all of which exceeded my notions of dirt cheap. Nothing was terribly expensive, but the prices seemed a bit much for clothes that had presumably gone out of style and were sold to the store by people who no longer wanted them.

On display was fashion spanning decades: there were gogo boots, acid-washed jeans, brightly-colored windbreakers, and several other treasures of halcyon days. I felt somber as I was surrounded by the gems of the past, only able to imagine life as it was, unable to live it. The feeling was the same at L Train Vintage, and GG’s Social Trade and Treasure in Bushwick.

Buying And Defining The Hipster Identity

I realize now that feeling of wanting to live in the past comes from having no real sense of identity. The town I grew up in was a place time passed by, which made some folks happy, but I lived in quiet desperation. I can look to the past and find a time and place and people all defined, but I look at the present and it is undefinable chaos.

The word “hipster” gets thrown around a lot in relation to seemingly over-priced vintage shops, but I don’t know what it means. Some hipsters look like 1920s boxers with suspenders and curly mustaches, some look like Magnum P.I with Hawaiian shirts and thick broom handle mustaches. I’ve been accused of being a hipster because I enjoy wearing a colorful paisley button-down, but unfortunately, I cannot grow a mustache. I am just trying to figure out who I am, same as anyone else, I’ve found that a nice thrift store is one of many ways to make something new out of something old and figure out who I am as informed by the memories of the past.

The Over-Priced Trend Of Thrift Stores

While at L Train Vintage, I noticed someone who had taken a liking to an old hand-me-down scarf priced at $15.00. I could never see myself paying that much, or any amount, for this piece of clothing this person had fallen in love with. I was initially cynical, believing the person a “hipster” being duped by current trends. However, I was in that same store with them, looking for the same thing they were looking for. It didn’t matter if the scarf was worth it to me or not, it was worth it to them.

Over-priced clothing is not what is being sold at the thrift stores of New York, but rather the collective consciousness of the past. All the fuzzy feelings and meandering memories come together at the thrift store and are available to help whoever is looking, find out who they are in this moment. There is an alchemy happening at these thrift stores where the past comes together to create a new moment, not a previous life only to be imagined, but a new life that is to be lived right now.

RELATED: Why You Should Be Thanking Millennials

What are your thoughts on thrift stores? Are they an over-priced trend? Let us know down in the comments.

Why Antoni Porowski Is Our Style Icon

The Proper Way To Shave

Dalton Pruitt is a Texas-born writer and comedian living in New York. He obtained his Bachelor of Arts in English from the University of North Texas in Denton, TX, and he has performed at clubs and colleges all over the country. He spends his days wandering around New York trying to think of something to write about. 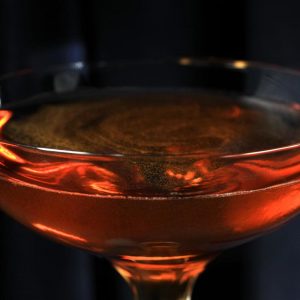