After a quite a scare among Generation Z and Millennials, the ban of TikTok in the United States will no longer happen. Oracle and Walmart acquired the rights to take over the operations of the app in the United States. Larry Ellison, CEO of Oracle, is one of the few supporters Trump has in the tech world. For this reason, Ellison had an advantage in being the one to make this deal. Nevertheless, this deal saved the app from a dooming fate.

Oracle and Walmart plan to work together, creating a new enterprise called TikTok Global. A major reason of why Trump wanted to ban the app was because of the access to American data it gave to China. Although Oracle and Trump claim that China is now completely separate from this new company, that is not the case. ByteDance, a Chinese company, still deals with 80% of shareholdings. Some worry that this percentage is way too high and still makes American data vulnerable.

However, it should be noted that TikTok claims that 80% of the board members will be American moving forward. This decision should put those Americans who are afraid of their data being at risk at ease. Only time will tell if American data remains vulnerable to China. Until then, Americans are free to Renegade.

What do you think of the cancelled TikTok ban? Let us know down in the comments.

Is It Still Smart Business To Stay Silent During Protests and Pandemics? 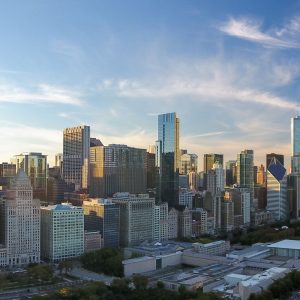 Is Chicago A Good Place To Live If You're An Entrepreneur?

We put together a list of the best reason to live in Chicago to help entrepreneurs find their ideal luxury...