TikTok is a fun way to share your creativity and connect with millions of people all over the world. This up-and-coming app has gone through hell and back just to stay in our lives here in the United States, but through it all we were able to keep the app and the level of serotonin that it brings us. But it turns out, TikTok isn’t done fighting its fight.

David Brown with Business Wars Daily, “YouTube Launches TikTok Rival in the Only Market Where TikTok is Banned,” talks about TikTok’s new rival and the challenges that they’ve had to face from not only YouTube, but from all other social media apps. Applications like YouTube have come out with features on their app that mimic the shortness of TikTok videos. YouTube likes to call these “shorts” and claims that they were the first to come up with short-form videos. YouTube was able to launch this new feature in India, where TikTok was banned due to security reasons.

Alongside YouTube, Instagram decided to jump on the wagon of short-form videos that mimic TikTok’s. They call this “reels,” but Instagram fans aren’t as enthused about reels in they way that are about TikTok. As TikTok continues to grow and become a part of our regular social media use, other companies will try to challenge it. But in the end, TikTok has stayed strong and has yet to be rivaled.

Are you a fan of TikTok? Let us know down below!

A Social Media Content House Joins The Game. But In Miami?

How AI Will Impact Marketing and Advertising 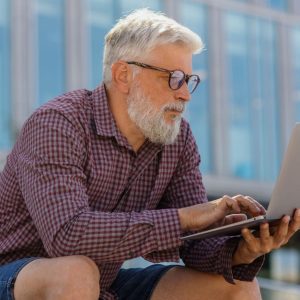 Listen to this article now The Innovation for the Ages event held last week brought up some important issues with...