When you think about the best Christmas movies to watch around the holidays, Home Alone and Home Alone 2: Lost in New York always come to mind. For nearly 30 years, television repeats have made these two films a household tradition. But you’re probably wondering, whatever happened to Macaulay Culkin aka Kevin McCallister? Would it surprise you to know he’s now the CEO of his own company?

Everyone who grew up in the 90s has fond memories of watching Macaulay Culkin on screen with their families. Even if you were born after the 90s, surely you have caught Home Alone on TV at least once in your lifetime around Christmas. If you didn’t celebrate Christmas, Culkin also graced the screen in other movies like My Girl, Uncle Buck, and The Pagemaster. Culkin was the biggest child star of his time. But, like all child stars, eventually they have to grow up.

Life post-Home Alone 2 wasn’t easy for Culkin. The following year, he took a villainous turn in The Good Son opposite Elijah Wood, which his father/manager hoped would lead to more serious roles. However, it didn’t sit well with audiences at the time and he was forced to step back into family-friendly roles like Getting Even with Dad and Richie Rich. Neither of these films performed very well and Culkin longed to lead a private life. After working less than a decade as a child actor, he retired in 1994.

Nearly 10 years later, Culkin guest starred on Will & Grace in 2003. By this time, he was no longer represented by his father, with whom he has an estranged relationship. In 2004 he had a standout role in Brian Danelly’s Saved! However, that same year he was arrested for possession of drugs, which further shadowed his public image and skewered his return to the entertainment industry. Culkin stayed away from the limelight and refers this time period as “Culkin-Sleep”.

In 2017, Culkin woke from his slumber and claims he took a long hard look at the internet. Ultimately, he decided it needed saving and launched his own comedy brand known as Bunny Ears. The website, which features podcasts, articles, and videos, is a satire of celebrity owned lifestyle brands. Mostly Goop. If you’ve ever wondered what the afterlife means for you based on your zodiac sign or need to know the “proper” way to put on eyeliner, then this channel is for you.

Last year Culkin posted a poll on Bunny Ears asking fans to pick his new middle name for Christmas. His actual middle name is Carson, but according to him he wanted to spruce it up and had fans submit suggestions. While “Shark Week” and “TheMcRibIsBack” were clearly better alternatives, “Macaulay Culkin” won by a landslide. So his new legal name will be Macaulay Macaulay Culkin Culkin.

In April 2019, Culkin tweeted that the process of changing his name is hard, but he is working on it. It’s wonderful to see that Culkin isn’t above poking fun at himself and his new company is a delightful way to stay connected with fans.

In 2018, Culkin reprised his role as Kevin McCallister for a Google Assistant ad which quickly went viral. This proves that the public has not forgotten what Culkin means to them. In a time where internet debates spark chaos, Culkin is doing what he knows is best. Bringing people together by making them laugh.

Thanks to his team of writers, the Bunny Ears CEO is doing well with his renewed fame. His podcast is littered with celebrity appearances like Tony Hawk, Sir-Mix-a-Lot, and Devon Sawa. He has even dived back into acting. Most recently, he appeared in the Seth Green-directed comedy Changeland and in Hulu’s Dollface with Kat Dennings.

Macaulay Culkin’s story comes with an important lesson. Anyone can bounce back from a bad situation. You just have to put the right spin on it. Starting a business is difficult for everyone—especially when you’re a former child star with a checked past you fear the world won’t take seriously. So, Culkin doesn’t take himself seriously. And that works for him. If you want to start a business or make a difference in the world, find the perfect angle, surround yourself with the right people, and go for it.

What do you think of Macaulay Culkin’s role as a CEO? Let us know down in the comments.

What’s in Store for Your Business This December?

How To Be A Successful Leader Part 1: Building Your Squad 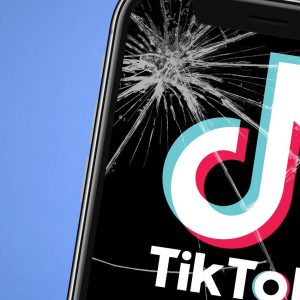 Listen to this article now TikTok has responded to a Forbes magazine story alleging that the social media app’s Chinese...