The lineup of 2019 summer movies is jam-packed and finding the ones worth checking out can be a little difficult. From blockbusters to indie gems it looks like there’ll be a little something for everyone. Here are 10 movies you should probably take notice of in the sea of options:

If there was ever a movie that was geared towards the people who grew up in the late 90s early 2000s this would be it. The movie itself follows amnesiac Pokemon detective, Pikachu, and Tim Goodman as they try to find Tim’s father and recover Pikachu’s memories. Along the way, they clash with a number of different Pokemon, trainers, and shady characters. With Ryan Reynolds voicing Pikachu we can cross our fingers for his uniquely dynamic brand of comedy.

This unique spin on the superhero genre promises something more horrific than honorable. The film follows the origin story of Brendon Breyer, a young alien boy whose journey to earth and powers appear to be the same as Superman’s. Unlike the iconic hero, Brendon takes a different path and begins to terrorize his small town. The trailer promises both a thoughtful deconstruction of the superhero movie as well as a hair raising horror flick.

This movie follows a young black man looking to make a home in San Francisco as the city changes. With the shift in culture, he feels as though the city is leaving him behind and looks for a way to hold on to the places cares about. Joe Talbot and Jimmie Fails are both making their first feature film here, but the trailer betrays no inexperience. Joe and Jimmy both worked on a short film, American Paradise, previously to great success. If that short was any indication, we can expect something engaging and well written.

Picking up where the previous film left off, the latest entry in the John Wick franchise follows John as he runs from a city packed with hitmen. With a $14 million price tag on his head, he’ll have to kick things into high gear and team up with an old friend if he wants to stay alive.

Midsommar is Ari Aster’s follow up to his groundbreaking horror film Hereditary. By looking at the trailer you can tell Midsommar has its own fair share of unsettling scares in store for viewers. The movie follows a young woman who joins her boyfriend on a summer trip and quickly finds that she’s in for much more than she bargained for.

This movie follows three middle schoolers as they ditch school and find themselves on a crazy journey as they try to make their way to a party. Along the way they accidentally steal drugs, get chased by teenage girls, and run from cops. This movie looks like it will be the perfect summer comedy for those of you looking for a side splitting R-rated romp.

This horror-comedy outing looks more than promising. With a stellar trailer and a phenomenal cast, many people will probably be entering this movie with high expectations. The plot follows a group of small-town police officers as they try and protect their citizens from a zombie invasion. With Driver and Murray looking hilariously deadpan, it’ll be hard for this movie to go wrong.

Olivia Wilde‘s directorial debut focuses on two overachieving seniors who look back on their time in high school and wish they’d loosened up a little. Desperate to prove they are capable of having fun, the two young women try and squeeze four years of rule breaking and parties into one crazy night.

I think everybody is eagerly anticipating the next installment of the MCU (especially since it’s post-Endgame). The movie follows Peter Parker as he goes with his classmates on a school trip to Europe and finds himself once again torn between his desire for a regular life and the obligations of heroism. With both Nick Fury and Mysterio popping up it seems like he’ll have to put on the suit once more.

1. Once Upon a Time in Hollywood

Quinten Tarantino’s next movie is a period piece set in 1969 Hollywood. The movie chronicles the journey of a faded TV actor and his stunt double as they both look for fame and relevance at the tail end of Hollywood’s ‘Golden Age’. With a star-studded cast and Tarantino’s infamous writing skill this movie promises to be something special. 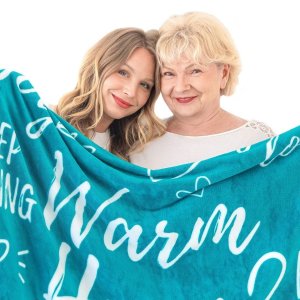 Starting a business is never easy, and anyone who has ever done it will tell you just how stressful and...