Tired of those long anti-climactic Monopoly nights that always end in frustration and rage quits? Sure, Cards Against Humanity is everyone’s new favorite go-to party game, but there are other ways to liven up your game night. Here are the 10 best board games you’ve never heard of.

Ever wondered if you’d survive a slasher movie? Thanks to a successful Kickstarter campaign, Camp Grizzly lets you answer that question yourself. Choose from every horror movie archetype you can think of, such as the scream queen, the loner, or the lifeguard. Each has unique characteristics to help you escape the clutches of a terrible masked killer. Will you make it out alive or lose your head along the way?

This unconventional party game has gained traction in recent years. Similar to mafia, players are discreetly split into liberals and fascists. Players then take turns electing chancellors and laying down policies. However, one of the players is secretly Hitler. If Hitler is elected chancellor while fascists are in power, the game is over and the fascists win. Will you stop history from repeating itself?

How do you turn genocide and the reaping of natural resources into something fun and cute? Use woodland creatures! Root lets players take control of different animal factions to fight against rulers threatening to take their land. With its open narrative structure, you’re given the freedom to assume any role and drive the story how you see fit.

I bet you have that Adele song stuck in your head now. Good luck with that.

In one of the best board games (or card games) to come out in recent years, each person is assigned a role that fits a certain location. However, one of these things is not like the other. One player is a spy and has to figure out the location based on the questions other players ask. Let the spy fall. Let it crumble.

This Chinese-inspired game features beautiful dragon and phoenix illustrations on a fiery orange board. Players take turns creating paths using tiles. If a player’s piece is affected by the path created, they must move along it. The object is to get other players to move off the edge, while you remain safely on the board.

Are you prepared for a zombie apocalypse? In this co-op strategy game, you must work together with friends to survive a zombie outbreak. Level up your character as you maneuver around enemies and search for stronger weapons. But be warned. The more experience you gain, the stronger the zombies become.

In this stellar board game, players send out ships to colonize each others’ planets. Each player assumes a different alien race with unique capabilities. When your planet is under attack, you may call on other players for help, but will you return the favor? After all, there can be only one ruler of the galaxy.

Betrayal at House on the Hill

One of the most popular board games for horror fans is Betrayal at House on the Hill. Launched in 2004, players take turns exploring the rooms of a mansion by selecting tiles at random. Each tile reveals a helpful item or an omen that threatens to possess the player. Then, it’s up to the remaining players to stop the traitor and survive the night.

Fans of the Alien franchise will get a kick out of this co-op game. After waking from hibernation, players must fix their ship’s system failures while avoiding the aliens that have snuck aboard. Though it’s only available through Kickstarter at the moment, Nemesis will be one the best board games to own when it hits shelves later this year.

How well can you lie to your friends? In Coup, you control two government officials. Their roles determine whether you can take more money from the government or assassinate other players. Because other players don’t know which cards you hold, lying becomes your means to survive. If someone challenges your role, either prove them wrong or lose your official. In the end, only the greatest of liars can win.

RELATED: How to Host The Perfect Guy’s Night

What are some of the other best board games we missed? Let us know in the comments.

Can You Have Fun in Vegas Without Gambling or Getting Drunk?

Is Inter-Generational Co-Mentorship the Newest Path to Success? 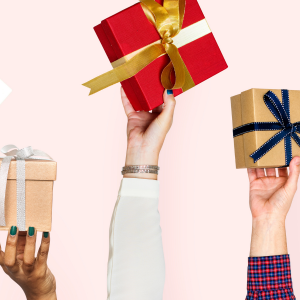 5 Perfect Birthday Gifts For Your Boss

Choosing the perfect gift for your boss can be tricky. It should align with their interests and, above all, it...