In 2007, Apple made a decision that set in motion a series of events that have shaped the smartphone industry for over a decade. That decision was to use a soft keyboard rather than a physical keyboard on the first-generation iPhone. And to this date, the vast majority of Android smartphones have copied that model with an on-screen keyboard.

However, there are still people out there that see the benefits of a physical keyboard when it comes to the speed of typing and, overall, getting things done with a keyboard on the phone. While there have been a couple of options for these users over the years, it was not until the BlackBerry was reincarnated that the Android operating system was adequately married to a physical keyboard.

The BlackBerry KeyOne, introduced in 2017 really sought to revolutionize how things are done with a smartphone. However, with the introduction of the Key2 in 2018, the revamped line of BlackBerry smartphones really stepped things up for entrepreneurs and other individuals who want to be successful when it comes to using their smartphone for more than playing matching games.

The Key2 is mainly an advanced version of the KeyOne, with added processing power and memory, which allows the user to succeed in ways that other Android (much less Apple) smartphones have allowed in the past.

The original BlackBerry phones of the late 1990s and early 2000s had a lot to offer the busy professional who wanted more than just a simple phone to call their mom on. With the ability to run email and calendar programs (no, not “apps”), the BlackBerry phones were not exactly “smart,” but they had more capability than anything else on the market.

Although BlackBerry almost went the way of the dinosaurs a few years ago, the brand has been rebuilt with advances in hardware that run Android OS. These new phones take what people really liked about BlackBerry (namely, the hardware – aka, physical keyboard), and combine that with the most popular smartphone OS, with a few added features from BlackBerry that beef up security and help with productivity.

Is the BlackBerry Key2 Right for You?

If you are the type of on-the-go professional who needs something more than what an iPhone or Galaxy can offer when it comes to not only hardware functionality, but data security, then take a serious look at the BlackBerry Key2. And while it does not look like a Key3 will be coming out in 2019 (as BlackBerry bucks the every-year-upgrade trend), look to 2020 for new technology and capability in a potential 5G Key3.

Have anymore tech tips for business professionals? Let us know down in the comments.

Brennyn Lark’s Rise From Dreamgirls To The Marvelous Mrs. Maisel

Paul B. Huter is an Aerospace Engineer by education, but since 2009 he has enjoyed sharing his thoughts and opinions through writing. He regularly seeks out opportunities to learn new things, and if he can share ideas about what he has learned with others, then that is a great day for him. While Paul focuses on technology and science (as any good rocket scientist will), he enjoys helping people better understand politics and business, as well. Paul currently lives in Illinois with his family, including three dogs. 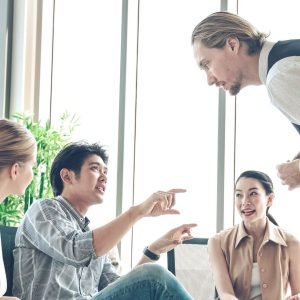 3 Common Questions All Entrepreneurs Have About Raising Capital

Listen to this article now Let’s assume for the moment that you are seeking some sort of traditional venture capital...