Thinking about proposing to your better half? Great! But before you drop a couple of stacks on an expensive rock, there are a few things you should know. No, not what size, cut, or price to consider. We’re talking about why diamond rings are a huge scam — and there’s really nothing you can do about it.

Diamonds Are Forever A Scam

You probably think giving the love of your life a diamond engagement ring is a tradition that dates back centuries. It’s not. That all started in the 1930s when diamond sales declined during the Great Depression. Diamonds were advertised as a precious rarity and, for a time, they were, until a huge mine was discovered in South Africa by De Beers. De Beers was afraid that prices would go down if supply was too high, so they kept it a secret. The company then devised a marketing strategy that diamonds were the ultimate symbol of romance and undying love. If you were a man, the only way you could show your devotion was by shelling out the big bucks.

How they did it was smart. They teamed up with N.W. Ayer, a New York ad agency, and came up with the tagline a diamond is forever. Ayer used celebrities and the growing popularity of film as promotions. In movies, characters exchanged diamonds as signs of true love. When starlets took publicity photos, diamonds were conspicuously shown around their neck or finger. What’s a blatant example of this strategy? Ask Marilyn Monroe.

Marilyn Monroe didn’t start the diamond craze, but her performance in “Gentlemen Prefer Blondes” really hit the nail on the head. Diamonds were a status symbol and young women everywhere were obsessed with capturing her look.

What Are Diamonds Worth?

You’ve probably heard of the two months salary rule, where the amount you spend on a ring should be equivalent to two months pay. Well, that’s just another marketing ploy. De Beers convinced men that the more they spend on a ring, the greater their love is.

Everything we know about engagement rings is the result of clever marketing. Even De Beers CEO Nicky Oppenheimer admits “Diamonds are intrinsically worthless, except for the deep psychological need they fill.” What does this mean? Diamonds have no value, but we’ve been duped into thinking they do. Don’t believe it? Have you ever tried reselling a diamond? Probably not, since most of us can’t afford to have diamonds just lying around. But if you did, you’d see that you get very little back for what you paid for.

In his article, Edward Jay Epstein breaks down the secrets of the diamond industry. He explains that since retail stores mark up the prices of their rings, the store would have to pay you the same price they originally paid for the diamond. For example, if you paid $2,000 for a ring, you might only get $600 back. This is being generous, of course. That’s why De Beers put it in our heads that diamonds are forever. Because if it’s a sign of eternal love, then you will never try to resell it and find out how worthless they really are.

Having traditions is great and exchanging rings is still a sweet symbolism of devotion. But the truth is that engagement rings shouldn’t cost us a fortune. If the person you are with truly loves you, then the price of the ring shouldn’t matter. The real value is what the ring represents.

RELATED: Why The Diamond Industry Is Crashing

Unfortunately, diamond rings are so ingrained into our culture now that we can’t get away with not exchanging them. Even movies like Blood Diamond that exposed the horrors of diamond mining couldn’t put a dent in this tradition. Studies show that diamond sales have decreased in recent years as more adults are developing different tastes, but there’s no denying that the diamond ring scam is the most successful marketing campaign ever made.

Has this article changed your view on diamond engagement rings? Let us know your thoughts in the comments! 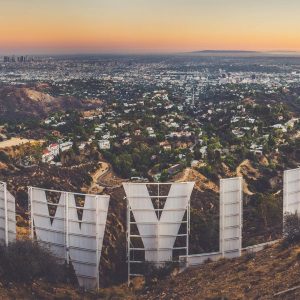 In No Order, Here Are 7 Of The Biggest Entrepreneurs In Hollywood

Listen to this article now In the film industry, no one is only doing one thing. While this list of...