Diamond ring sales are declining and people have shifted the blame onto their favorite scapegoat. Millennials. In case you lost track, so far this generation is charged with killing tuna, divorce, home buying, and many other industries. But while Millennials do make up the majority of the consumer market, there are other forces at play.

Previously, we dug into why diamonds are a scam. Now, we’re mining a little deeper. Over the past two years, De Beers has suffered an 8% decrease in diamond sales. During their eighth sales cycle, margins fell from $503 million to $475 million. While $475 million still sounds like a lot, for the number one mining corporation in the world, it’s a different story. Because if sales continue to drop, the future may not shine so bright for the diamond industry.

RELATED: Why You Should Be Thanking Millennials

Synthetic Diamonds on the Rise

One of the main reasons diamond sales are declining is the rise of synthetic diamonds. Since the mid-1900s, scientists have been creating diamonds in labs by compressing carbon under high temperatures. Normally, diamonds take up to one billion years to form in the earth. But now, thanks to powerful technology, manufacturers are recreating them in weeks. In fact, GE produced the first commercially ready lab-grown diamond more than sixty years ago.

According to Wuyi Wang from the GIA, the conditions in which synthetic diamonds are created are exactly the same as natural diamonds. So what’s the difference? There is none. Even though they’re called synthetic, lab-grown diamonds are real. They’re made using real carbon and they’re selling for a fraction of the price. According to researchers, the sale of synthetic diamonds could rise to $1 billion by next year.

Natural Diamonds Are Losing Their Shine

Even De Beers is capitalizing on the potential of synthetic diamonds. For decades, Element Six, a branch of De Beers, has been manufacturing synthetic diamonds for use in mining and construction. In 2018, they launched Lightbox, a jewelry line that specializes in lab-grown diamonds. These diamonds are cheaper and come in customizable colors like blue and pink. With consumers shying away from natural diamonds, it was the smartest choice De Beers could make.

No matter which way you cut it, De Beers plans to remain at the top of the diamond market. For them, the process of creating diamonds is much more efficient than mining. This is especially true considering the forced closure of one of their South African mines.

All this goes without mentioning the backlash companies like De Beers face concerning damages to the environment. Rivers are often rerouted and in some cases polluted due to diamond mining. As a result, customers, namely millennials who are more environmentally conscious than their predecessors, are opting for more responsible approaches to engagement rings.

Currently, diamonds are still the most popular choice for engagement rings, but colored gemstones are catching people’s interest. Millennials opt for alternative rings because they want something unique and meaningful to them. They also want something they can afford. Colored gemstones cost less than the average diamond and for people who still crave rocks crafted naturally from the earth, they’re the perfect solution.

Opal, for example, has captured many people’s hearts as well as emerald and sapphire. The downside to colored gems is that they damage much easier and require more care. But while diamonds are the hardest natural substance known to man, they themselves are not indestructible.

RELATED: How The Diamond Industry Is Robbing You

So what can we learn from this? Natural diamonds are losing their luster and the practice of exchanging them as engagement rings is becoming obsolete. Furthermore, if real diamonds can be created in labs, then why should we pay so much for ones that are natural? Lab-grown diamonds are the future. It’s time to stop feeding into age-old traditions and adopt something new.

So what do you think about diamond sales declining? Let us know down in the comments. 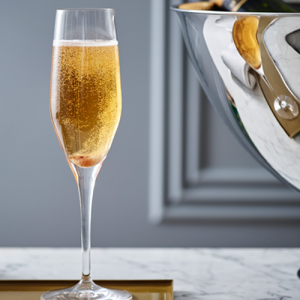