How to counteract child pornography in the Internet age.

The Internet is undoubtedly one of the greatest inventions of the last century. It unlocks opportunities for us that we did not even dream about a dozen years ago. In addition, new applications and websites are created day by day that allows for even more, thus making our lives much easier and more enjoyable. Unfortunately, however, not everything that technology provides us with improves humanity.

There are many places and content on the Internet that we would prefer not to see. Some of them are de facto legal content, but still, those that should not be available to everyone, mainly due to the fact that everyone has access to the Internet today, including young people and children who should not watch this type of material. But that’s not all.

The web is such a vast place that it’s hard to keep track of what appears in it. As a result, there is a lot of content that breaks the law. Most often they show prohibited acts, such as the abuse of animals. However, there is also a second category. These are materials, the creation of which is not only prohibited due to the content shown therein, but also the very possession of which is restricted by law. We are talking about child pornography.

Some of you may be wondering now, how is it possible that such content is theoretically available to everyone. Many people consider it a myth, mainly supporting it with the fact that they have never come into contact with this type of material. The problem is that although access to them is easier, they will not appear on the first page of search engine results after entering the appropriate phrase.

Child pornography is distributed through various channels, such as various types of online chats, in which special rooms or channels dedicated to this practice are created. In addition, there are also websites devoted to this topic, such as forums, where users can exchange materials. However, only a few people know about them and they actively participate in this process, which means that nobody who would be willing to inform the relevant services about it knows about it.

Only for the chosen ones

In addition to places that are theoretically accessible to all, criminals also use other places to share prohibited material. Most often they use the darknet, which is the layer of the internet that remains hidden from the average user. However, it is not that hard to visit. All you need to do is download the appropriate browser – and that’s it.

Of course, dam darknet is nothing bad in itself. It is a place where you can achieve anonymity and security on the web, which is useful, among others, for people living in countries where the government actively restricts freedom of speech. Due to the aforementioned anonymity, many people use this feature and exploit it for evil purposes.

Due to the fact that it is a relatively new crime, the relevant services are constantly discovering new and more effective ways of dealing with the perpetrators of this crime. Thanks to more and more extensive investigative methods, they are able to track people responsible for the appearance of content on the Internet, from where they can then reach those who used it after sharing.

These methods make it possible to bypass even the most complex systems that criminals use to achieve absolute anonymity. It just proves that you can’t really hide on the Internet. If what we do in it is bad enough, the relevant services will quickly reach us and administer the punishment we deserve.

More than just a camera

Unfortunately, child pornography is much more than just recording sexual acts involving minors. It is also often accompanied by trafficking in human beings in which children are the subject. It is therefore a double pain for them, taking into account the fact that often it is not only the production of materials. Children are forced into prostitution and other things that are not always captured by the camera lens.

The severity of this problem varies depending on the region. The worst situation is in Asian and African countries, where minors deal with this type of thing from a young age, not knowing another life, which means that they are deprived of their youth for the sake of lifelong trauma.

Many people who have been victims of sexual crimes suffer from it throughout their lives. This, of course, applies not only to those who fell victim to them at a young age, but it is they who feel their effects most. Children do not know what happens at such moments, trusting the elderly who are their torturers.

Often, young people do not even see that they smoke a crime victim, thinking that it is something normal – they have experienced it since many young people and do not know another life. So it may turn out that you never let anyone know about it, thinking that there is nothing wrong with it.

Coming from Brazil, Kato in his youth served in the ranks of the Air Force wanting to help his homeland and be an example for his countrymen. With time, as his acting career gained momentum, he moved to the United States, appearing in such productions as Miami Vice, as well as Breaking Bad, known and loved by everyone.

Despite the change of profession, the will to do good always remained in Kato’s heart. Today, he wants to use his influence in the world and in the film industry to fight child pornography by helping American services such as the FBI, the Secret Service, and the Post Office, whose hands are often passed through this type of material

Kato  – A few words at the end

Child pornography is one of the greatest problems of the 21st century. While we may not be able to contribute directly to the decline in statistics, there are certain things we can do to achieve better results than sitting idle on the couch and watching the world burn before our eyes.

One of the things we can do is report crimes when we see them happening. Regardless of whether they concern us or our loved ones directly or other people around us are involved, we should not ignore them, claiming that this is not our concern.

We should also react in a similar way when people from certain backgrounds are treated leniently for committing these types of crimes. We are all equal, so the punishment should be adequately administered regardless of who is on the other side.

A Hidden Clause In The Vaccine Contract Could Mess Up Distribution 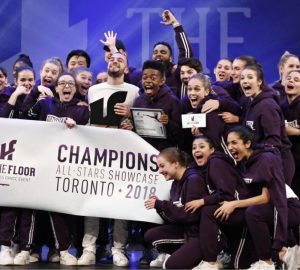 How To Launch Your Own Startup From Scratch In 2022

Listen to this article now Here’s an idea “What is the most resilient parasite? Bacteria? A virus? No. An idea....