Due to the pandemic, there has been a huge influx of Americans who have migrated out of cities. Their destination, you ask? The country or suburbs. At least that’s what everyone thought.

In reality, Americans have been moving much less than normal, especially back in the beginning months of the pandemic. A study conducted by Bloomberg City Lab found that a majority of those who were moving out of cities, were actually relocating to other large cities. Marie Patino sat down with NPR and discussed these findings. Patino noticed that people who lived in the hot spots of San Fransisco and New York City are moving to very similar environments. Los Angelos, Atlanta, Seattle and Chicago are among the top cities for relocations. A reason for this is that these cities do offer residents more space. They also did not experience quite as large of a hit from the virus.

Historically, major cities have been resilient in fighting whatever hardship comes their way. From epidemics to depressions to pandemics, cities have always bounced back in one way or the other. Experts project this pandemic to be no different. While unfortunate and scary in the moment, cities will come out of this as leaders. Especially with the new normal of working from home on the rise, people will have the opportunity to work in one city but live in another. This will be huge for city real estate markets. They will be able to open up their market to people who have always wanted to live in a certain city, but were not able to because of their job.

What big city would you move to if you were permanently working from home? Let us know in the comments.

5 COVID-19 Halloween Ideas For Your Next Office Party 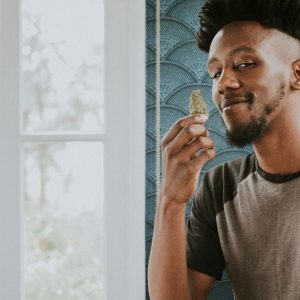 Listen to this article now February is a month to celebrate black representation and to continue promoting diversity in our...